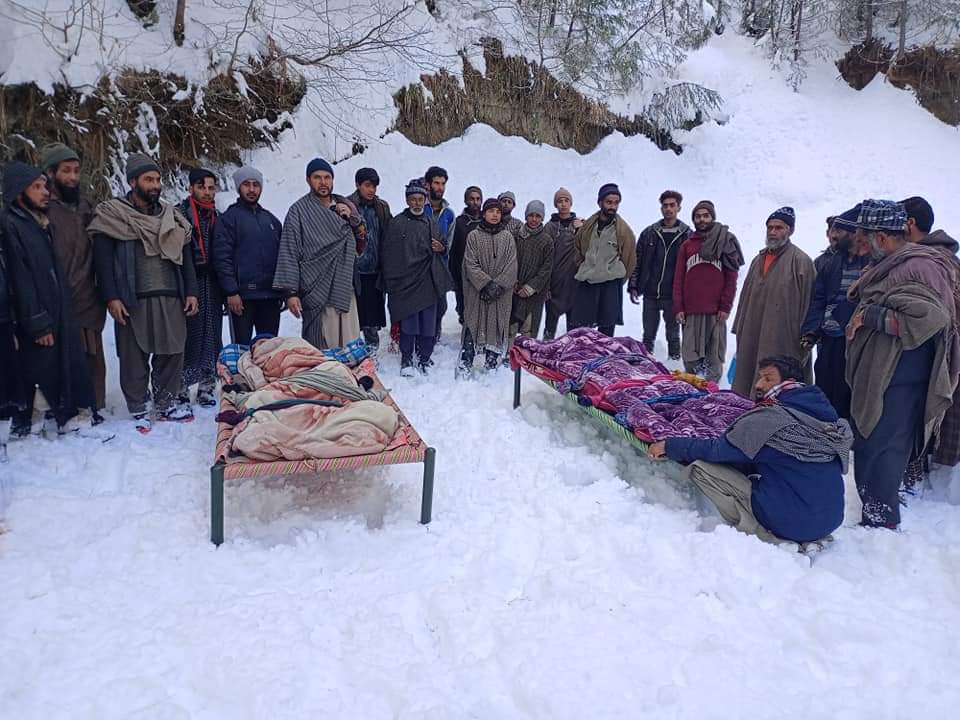 Kupwara,Jan 24: Braving bone chilling cold, people in Hangnikoot village of Villgam Handwara on Sunday morning carried a pregnant lady and a 90 yrs old male patient on a stretchers to a hospital, some seven kilometers from their residences.

A woman (30) Reshma Begum developed some pregnancy related complications in the morning after which her husband, Muneer Ahmad Daded sought help from neighbours and relatives, locals said.

The woman was wrapped in a blanket and put on a stretcher. Later, men ferried her on shoulders and walked five kilometer to a health-centre in Taratpora.

Meanwhile another an old man identified as Saif Din Dadad son of Abdullah Dadad resident of Hangnikoot was also wrapped in a blanket and put on a stretcher. Later, men ferried him on shoulders and walked seven kilometers to a health-centre in Taratpora.

Meanwhile The son of the Ailing 90 yrs old man Nazir Ahmad Dadad told GNS that his father and one pregnant lady Reshma Bagum who is cousin of said person were brought to district hospital Handwara for specialised treatment. “They (hospital authorities) refused to provide the ambulance and instead asked us to take them in a sumo”

The road though passable remains snow-bound as authorities failed to remove snow. most of the villages in higher reaches of Ramhall and villgam areas are awaiting snow clearance after fresh snowfall. (GNS)