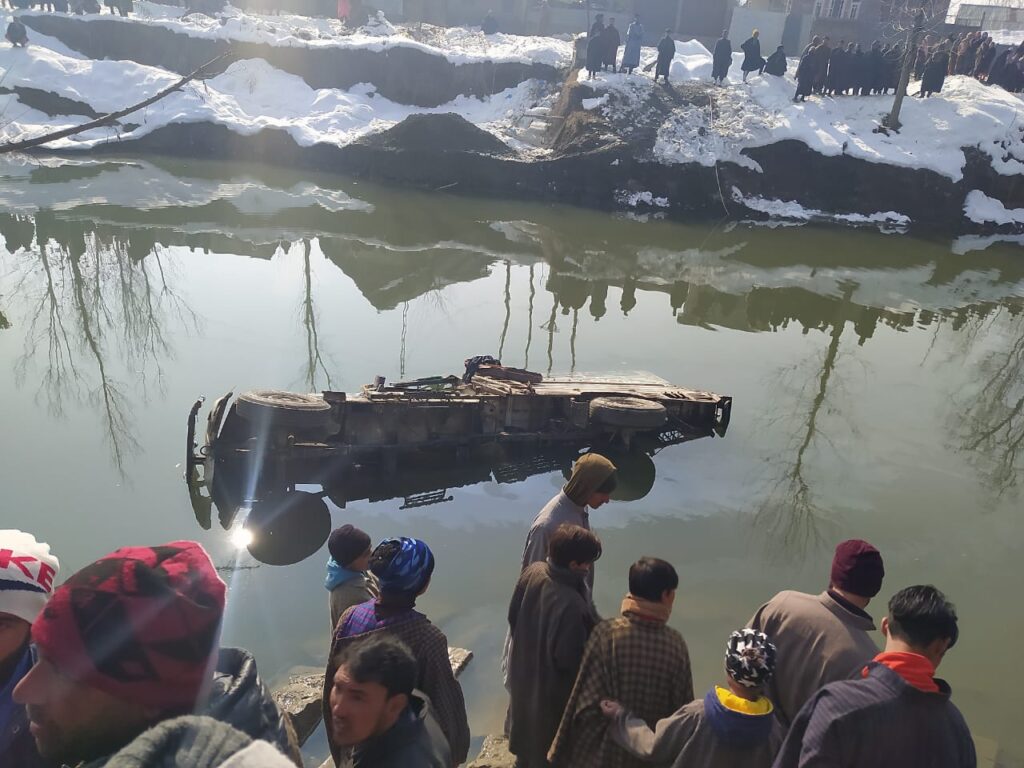 Bandipora, Jan 16: Two persons were injured after a load carrier they were travelling in plunged into a river jhelum near Hajin in north Kashmir’s Bandipora district on Saturday.

Reports reaching GNS said that a Bandipora -bound tata mobile (JK15A 5193) met with an accident after the driver purportedly lost control over the vehicle near Prang area of Hajin.

The injured have been identified as Showkat Ahmad Garoo(35) son of Abdul Raheem Garoo resident of Shadipora and Ghulam Nabi Guroo son of Ghulam Rasool Garoo, both residents of Shadipora village in Bandipora District.

The injured were shifted to local PHC from where the duo was shifted to SKIMS soura for specialized treatment.

Meanwhile, Police have taken cognizance of the incident and further investigation has been initiated.(GNS)