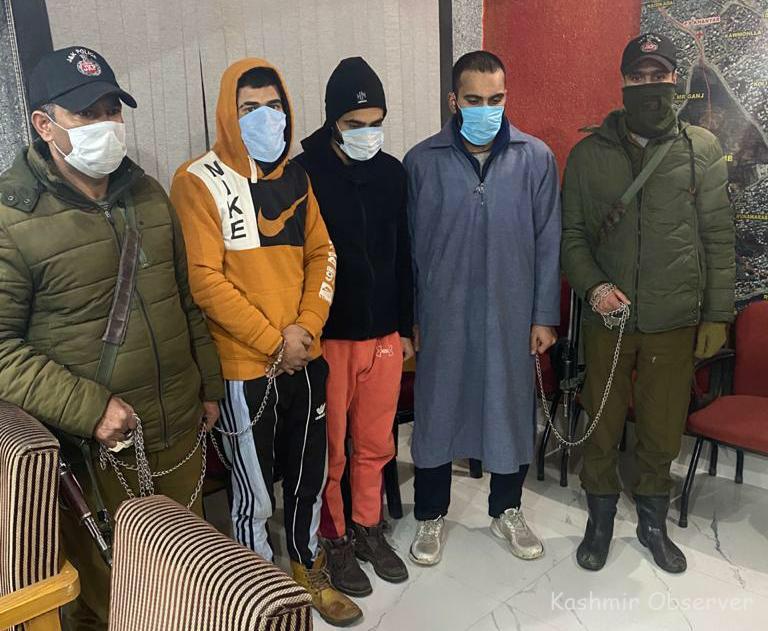 Srinagar, Jan 13: Jammu and Kashmir police on Wednesday claimed to have arrested three persons involved in killing of a youth in Khanyar locality of Srinagar on Monday.

Police spokesman in a statement  said that on January 11, 2021 at 09:50 PM, Police Station Khanyar received information from reliable sources that near Dastageer Sahib Khanyar, some unknown persons have stabbed a person who has been shifted to SMHS hospital and declared dead on arrival at hospital.

On receipt of this information, a case under FIR number 03/2021 under section 302, 120-B was registered at Police Station Khanyar and investigation was set into motion, police said.

The deceased was later identified as Zayan Chasti, son of Syed Muhammad Ashraf Chasti of Rainawari Srinagar, police said, adding that during investigation, technical and circumstantial evidence was collected and eye witnesses were examined, thereby leading Investigating Officer to the accused involved in this heinous crime.

“All the three accused persons have been arrested and investigation of the case is underway,” police said.