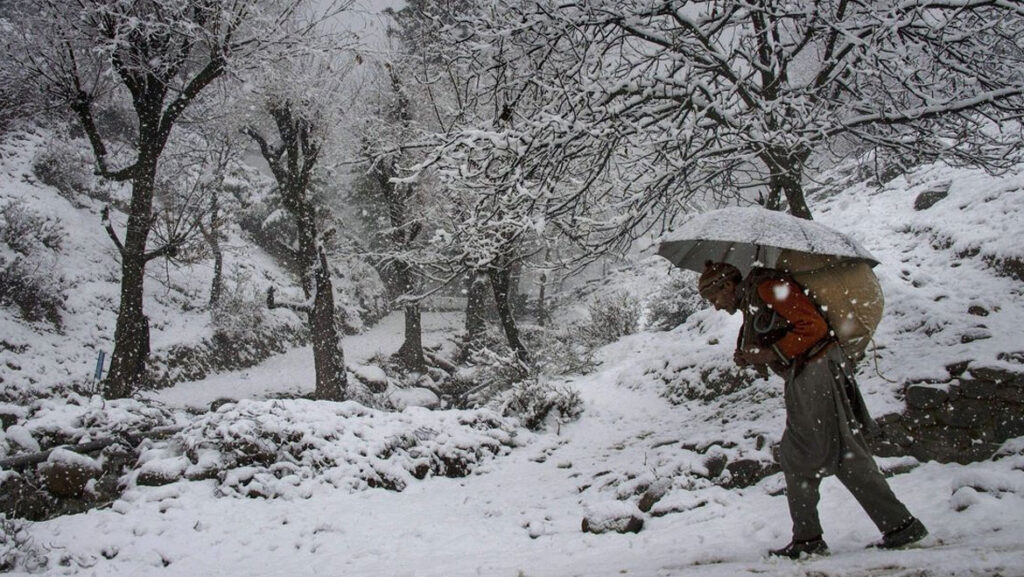 Srinagar, Jan 05: The Valley continued to receive snowfall for the second straight day on Tuesday thus simultaneously affecting normal life across the region while the weatherman predicted improvement in the weather conditions from tomorrow (Wednesday).

White blanket covered Kashmir’s higher reaches as well as plains today as most parts of the Valley received heavy snowfall.

Director Meteorological Department, Sonam Lotus said that there are reports about five feet snowfall in some parts of the Valley, saying that although the reports are not confirmed yet, there is possibility that some of the higher reaches may have received even 10ft of snowfall.

Lotus said that although he has no mandate to speak about the avalanche, according to him, next 24 hours are crucial as such intensity of snowfall has always led to the avalanches. “People should be made aware not to venture out during the next 24 hours and take appropriate measures in this regard,” he said.

MeT spokesman while divulging the details, said that minimum temperature in Srinagar, the summer capital of Jammu and Kashmir settled at minus 0.8 degree Celsius last night while at world famous ski-resort, it was recorded minus 4.0 degree Celsius.

Notably, the normal life came to standstill today due to snowfall as maximum roads and streets wore a deserted look today.

Eyewitnesses said that the vehicular movement was off the roads today due to slippery conditions of the roads triggered by the fresh snowfall. They said that snow remained accumulated on most of the roads and thus left the people to lurch at large.