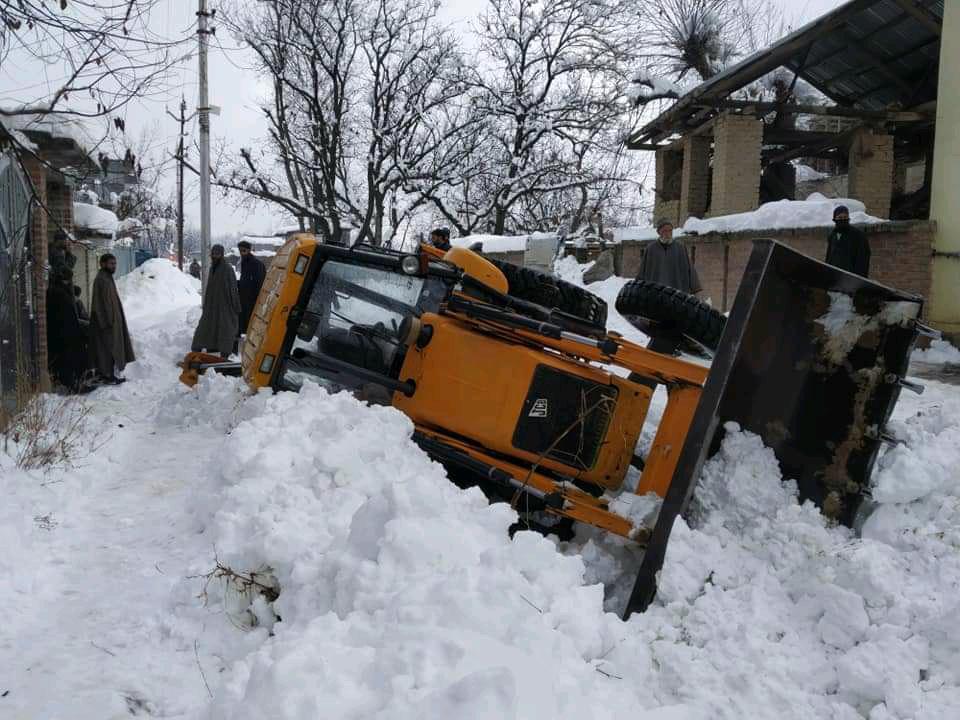 An official said that both the injured persons were shifted to a nearby hospital where their condition is said to be stable.

He identified them as Arshid Malla who has received injuries in his leg and Gayas Ahmad was shifted to PHC Frisal in an unconscious state.

Locals said that due to uncleared road, they were shifted to hospital on a stretcher—(KNO)