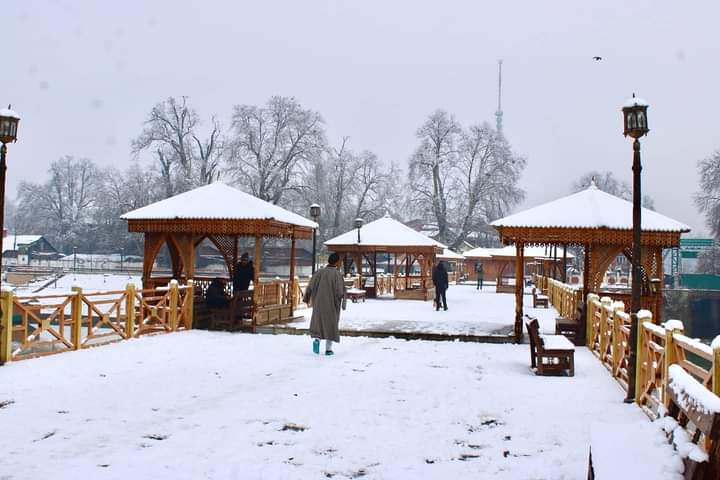 Metrological department had forecast widespread snowfall in many areas of the valley on Sunday and Monday and heavy snowfall at isolated places.

The snowfall threw life out of gear across Kashmir where people complained of closed roads and power outage, the authorities claimed that in all the districts administration was reaching out to people with men ans machinery.

Authorities has also suspended traffic on the Srinagar-Jammu highway because of heavy snow accumulation in the Jawahar Tunnel area.

However minimum temperatures improved throughout J&K on Sunday.

Srinagar recorded minus 1.5, Pahalgam minus 1.5 while Gulmarg had minus 5.0 as the minimum temperature.

The-day long period of harsh winter cold known as the ‘Chillai Kalan’, will end on January 31.