4 injured after passenger bus skids off road in central Kashmir

By Press Correspondent on January 3, 2021 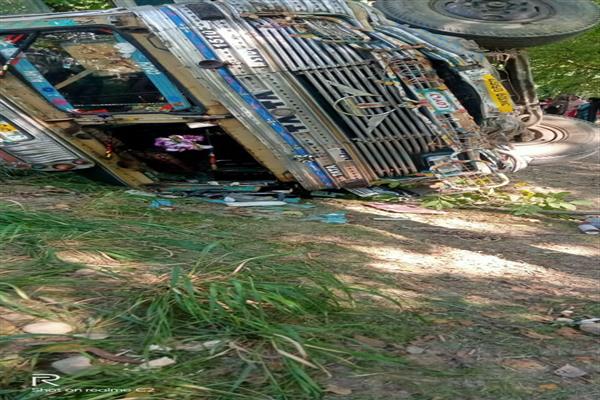 Srinagar, Jan 3: At least 4 persons were injured after a vehicle they were travelling in skidded off the road and turned turtle near Ganiwan area of Kangan in central Kashmir’s Ganderbal district on Monday.

An official said that a passenger bus bearing registration No JKO1D 5574 carrying passengers while on way to Gund toward Kangan skidded off the road at Ganiwan, resulting in minor injuries to at least 4 persons.