11 injured as passengers bus rolls into deep gorge in Doda

By Press Correspondent on January 3, 2021 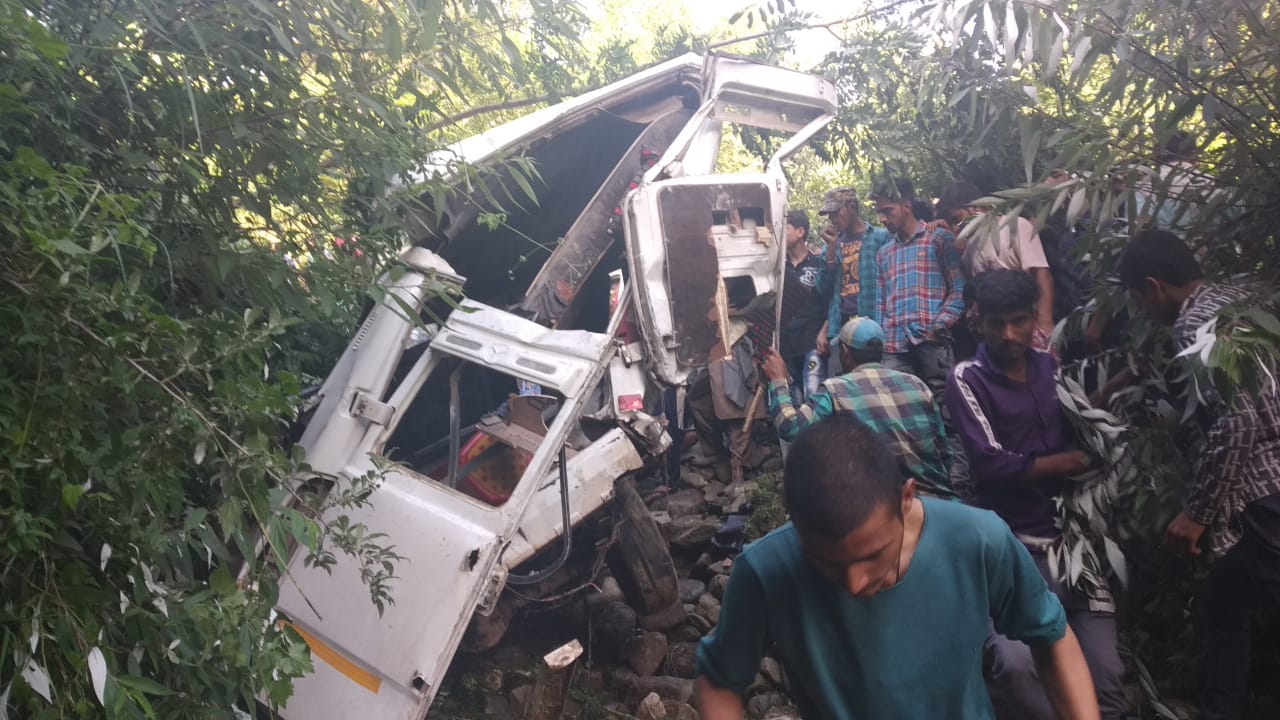 Doda, Jan 3: At least eleven persons were injured after a passenger bus they were travelling in plunged into a gorge near Pul area of Doda on Sunday.
An official said that the bus, however, got stuck a few meters ahead of Chenab river which prevented a major tragedy from happening.
He said that the passenger bus was on way from Bhaderwah to Jammu when it met with the accident near Ganpat bridge and fell into a deep gorge.
“Although the bus fell in gorge but its further movement downwards would have resulted in a major tragedy as it would have fell into Chenab river where most of the accident prove fatal,” the official said.
He said that eleven passengers were injured in this accident and all the injured were shifted to GMC Doda for treatment.
He identified the injured as driver Pushvinder Singh son of Sukh Dev, a resident of Katra Reasi, conductor Susheel Singh son of Davinder Singh, a resident of Ramnager Udhampur, Mohammad Sabir son of Ali Batt, a resident of Gundna, Ashok Kumar son of Roshan Lal, resident of Jammu, Vista Devi wife of Sanjay Kumar, Arun Kumar son of Ashok Kumar, Naseema Begum wife of Ghulam Hadir resident of Bhaderwah, Inder Kumar son of Amar Chand, Kamlesh Devi wife of Pritam Singh—all residents of Bhaderwah, Neelma Devi wife of Dharminder Singh, Hamanshu son of Sanjay Kumar—both resident of Udhampur—(KNO)