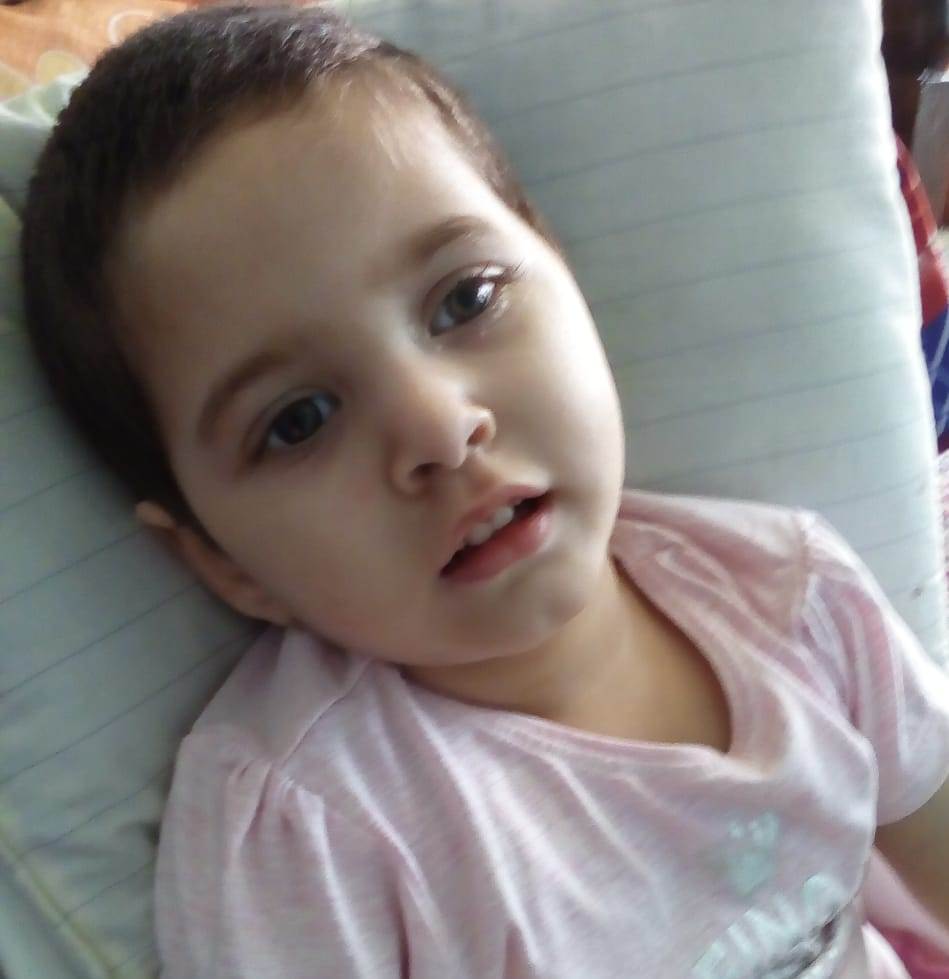 Srinagar, Dec 14: An overdose of anaesthesia by the medicos at a private hospital in Srinagar has allegedly damaged the brain of a 14-month-old baby girl when she was undergoing treatment a year ago.

However, the family of the girl said the authorities at the hospital don’t even bother to accept the guilt rather challenged them to file a case against them.

Shafat Ahmad Bhat, uncle of the baby girl said that her niece Zikra Farooq, daughter of Farooq Ahmad Bhat of Aali Kadal, who was only 14-month-old, was taken to ASG Eye hospital in Qamarwari for eye treatment.

“Soon after we approached the doctors there, they gave us some exercises, which didn’t work. A month after, the doctors said that she will be administered some drugs through injection for which local anaesthesia was mandatory,” Bhat said.

Bhat said the doctors at that time claimed that the process would only take 20 minutes.

“However, when we were agreed by the doctors, the girl was again taken for the treatment where overdose of anaesthesia was given to her at theatre following which the doctors claimed she is alright and asked us to take her to home,” he said.

Bhat said when she carried her niece in his lap, he found her overweighed.

“When I asked the doctors about the reason, they rejected my concern and said that she is alright,” he said.

“However, after raising doubts with the doctors,” Bhat said, “the hospital authorities then accepted to take her to the SKIMS Soura for a checkup.”

” Soon after we reached SKIMS, the doctors present there admitted the baby girl at ICU as her conditions was going worse to bad,” he said, adding that the family has come to know through the officials present at ASG Eye hospital that the baby patient was given an overdose of anaesthesia as she has not earlier responded to the first anaesthesia given to her.

After 26 days in ICU at SKIMS Soura, she was later referred to PG hospital. Since last year, the family has been treating the baby girl at New Delhi.

“Every single visit to the hospital is costing us a huge amount. It is all the outcome of the negligence of the doctors at private hospital authorities,” he said.

Zikra, who is presently 2+, is not able to walk or move since the negligence at the private hospital has damaged her brain.

“It is painful to see that the doctors don’t even accept their mistake but in return challenged us to file a case against them,” Bhat said.

“We are going to stage a protest tomorrow at Press Enclave to highlight the negligence of the doctors. We don’t want the other patients to suffer like we are suffering at present. Such arrogant doctors are trying to become ‘Rowdy’ rather than accepting their guilt and ensuring proper treatment to the patients especially the children,” he said.

Meanwhile, Manager of the hospital, Rameez Ahmad told KNO rejected the family’s allegation, saying that the process of syringing and probing was to be carried in the eye of the patient for which she was given anaesthesia, which was mandatory for her as the baby can’t bear the procedure.

“We had already got the consent of the family before giving anaesthesia to the child. The consent paper has mentioned that the anaesthesia sometimes claims the life of the patient. Despite this, the hospital has spent over Rs 1 lakh on her treatment so far and is now asking the family to follow the procedure so that they can be assisted further,” he said.

Rameez said anaesthesia is a dose and there is nothing like negligence in the matter.

“We are concerned about the patient too and are asking the family to follow a proper procedure so that they can get assistance for the treatment of their child. We cannot bear the expenses of treatment, but have on humanitarian grounds helped her in whatever way possible,” he said—(KNO)