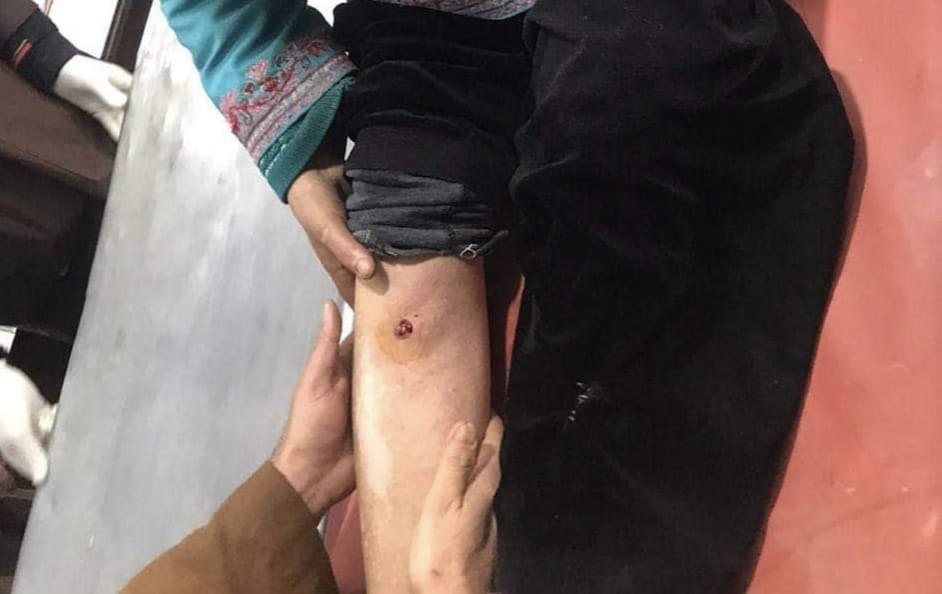 Srinagar, Dec 11: Protest erupt in Ichgam area of Central Kashmir’s Budgam district after a woman was hit by a stray bullet on Friday.

Locals alleged that firing range at old air field has become a nuisance for them. They said stray bullets often hit roof tops, windows, water tanks in the area, but today one of the stray bullets hit in the leg of an elderly woman.

The victim identified as Fatima wife of late Ghulam Rasool Rather was shifted to District Hospital Budgam for treatment.

One of the attendants said that she is stable. He said locals had recently approached District Development Commissioner Budgam requesting him to relocate firing range at Airport.

Locals hit to roads and staged protest against the incident. “We feel insecure here. You don’t know when stray bullet will hit you,” said one of the protesters.

When contacted, a police official said that they are ascertaining facts. (KNT)