Srinagar, Dec 11: A Sessions Judge at Srinagar on Monday expressed his inability to hear a bail plea citing a phone call purportedly conveying that a Jammu and Kashmir High Court Judge has directed that the bail applicant not be granted his prayer (Sheikh Salman v. JKUT through SHO P/S Saddar, Srinagar).

In his order, Principal Sessions Judge Abdul Rashid Malik records that he received a mobile call from the Secretary to Justice Javed Iqbal Wani of the Jammu and Kashmir High Court at 9.51 am on Monday when the bail plea moved by one Sheikh Salman was slated to be heard.

Judge Malik’s order further records that the contents of the call made by Tariq Ahmad Mota, Secretary to Justice Wani, ran as follows:

“I have been directed by the Hon’ble Mr. Justice Javed Iqbal Wani to convey you to make sure that no bail is granted to Sheikh Salman. If there is any Anticipatory bail pending, the direction is the same.” 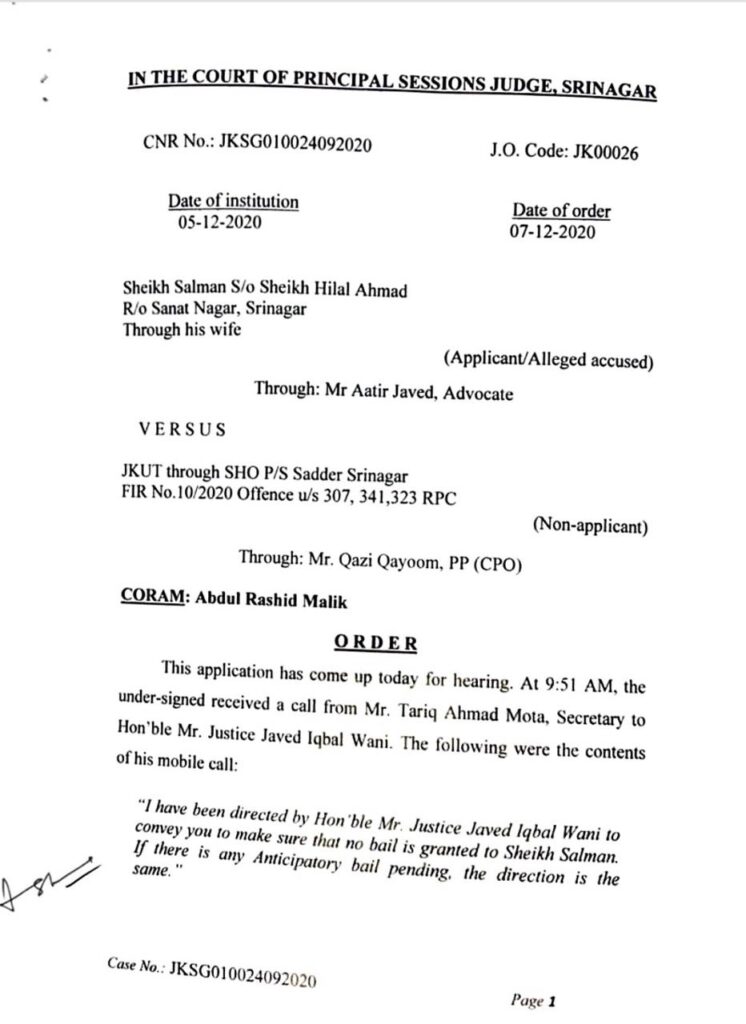 Citing this, the Sessions Judge expressed his inability to hear the matter. He proceeded to direct that the bail application be submitted to the Registrar Judicial of the High Court, so that the case may be placed before the High Court Chief Justice since it involved the liberty of a person.

The court further directed the counsel for the petitioner to appear before the Registrar Judicial, High Court of Jammu and Kashmir, Srinagar on the same day. 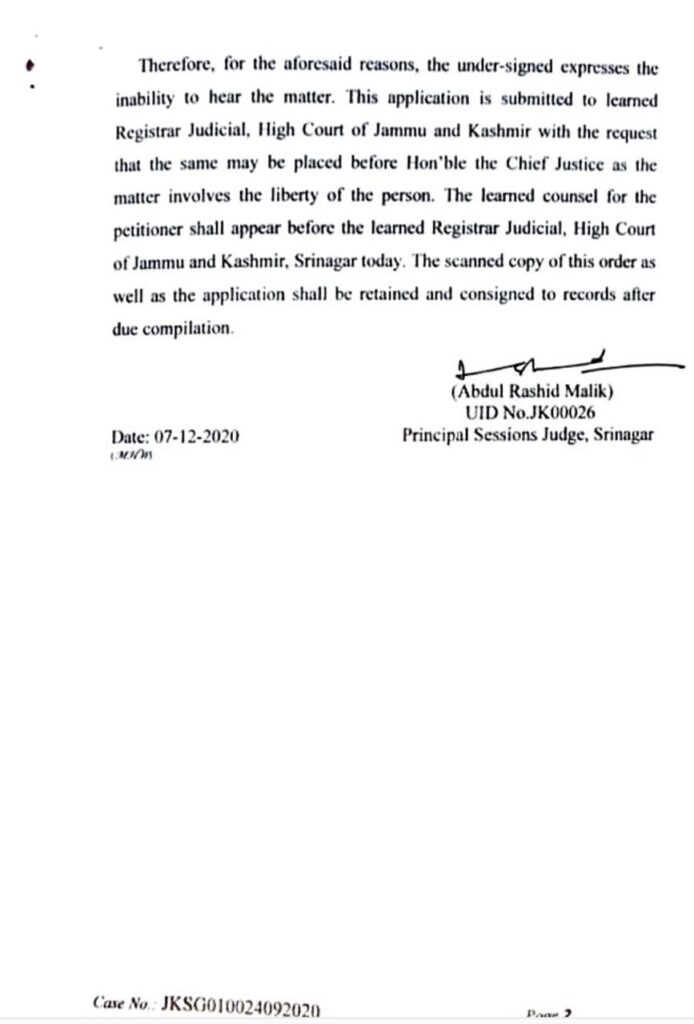 The bail application in the matter was filed through advocate Aatir Javed. The applicant in the case was accused of offences under Sections 307 (attempt to murder), 341 (punishment for wrongful restraint) and 323 (punishment for causing hurt) of the Indian Penal Code.

The Registrar General of Jammu & Kashmir High Court was unavailable for comment at the time of publishing the story. (KNT)