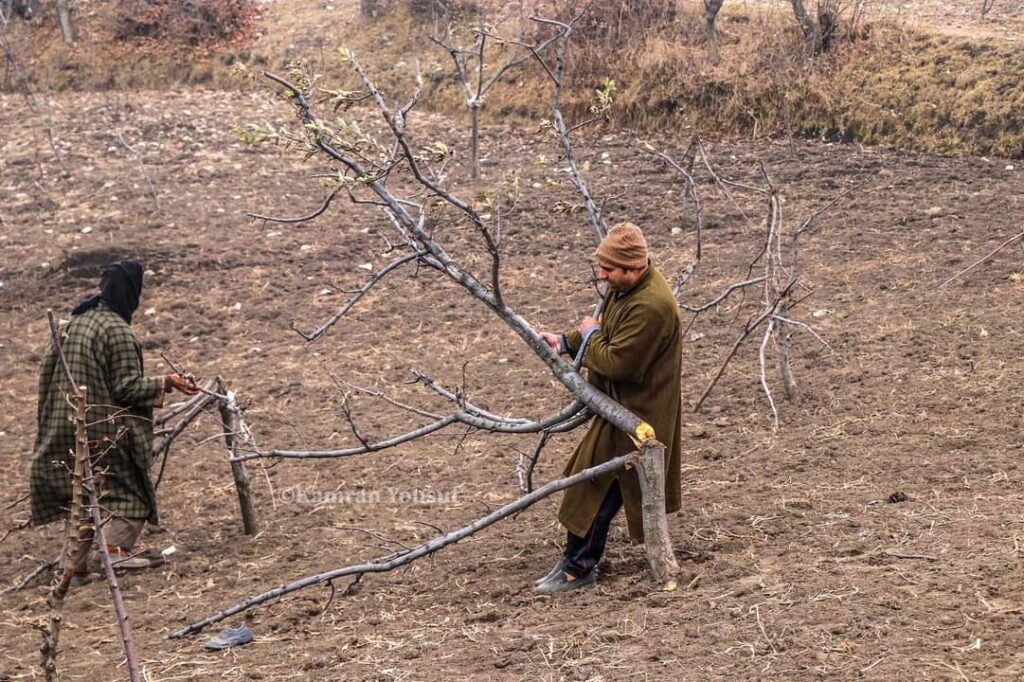 Budgam, Dec 09: Several villages in Budgam district are living in fear of losing their homes after they were served with eviction notices from the Forest department.

Locals alleged that two weeks ago the forest department served eviction notices to people citing that their orchards fell under “encroached” forestland.

Jabbad villagers said they were scared that they would be rendered homeless after receiving the eviction notices from the Forest department.

Mohammad Shafi, a resident of Branwar, said that panic has gripped their village after receiving the notices.

“We are all scared. We feel like we are foreigners on our own land,” he said.

A 105-year old woman from the village of Branwar said that she would not leave her home, come what may.

“I have been living here since ages, I am not leaving from my home,” she said.

“The authorities have axed hundreds of apple trees and dismantled our mud ‘dokas’,” the villagers said. “It is true that we are living in the forest area but we are residing here for centuries now, Where shall we go.”

RTI movement chairman Raja Muzaffar said that they are trying their best to create awareness on FRA in remote areas.

“People are protesting but no government official is ready to listen to them. I recently met 108-year-old Zooni Begum in Zilsidara Branwar in Budgam district. She was in tears after getting eviction notices from Forest Department,” Muzaffar said.

“If the Supreme Court has stayed all eviction proceedings across India, how can the government ask people to surrender the land in Jammu & Kashmir,” he said.

An official said they are only retrieving the forest land which has been illegally occupied.

“We have not dismantled any dokas, the allegation is baseless,” an official said—(KNO)