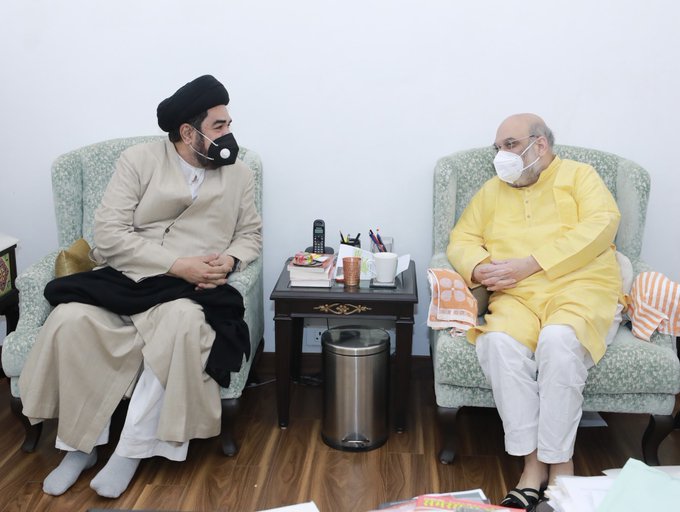 Srinagar, Nov 25: Local Shia leaders are up in arms against Shia cleric Moulana Syed Kalbe Jawad Naqvi from Lucknow, who is on a visit to Kashmir.

The local Shia leaders are accusing the Lucknow cleric of sowing the seeds of division and seeking votes for Bhartiaya Janata Party.

One of the photographs shows Moulana Kalbe preaching local Shias in a mosque at Ichgam area of Central Kashmir’s Budgam district. 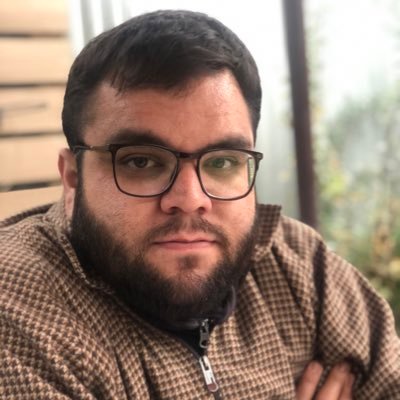 “Maulana Jawad must be reminded that he is acting at the behest of a nakedly majoritarian regime that has systematically eroded the dignity of Muslims in general and Kashmiris in particular. We strongly condemn the sectarian and communal policies of the Union Government that is furthered by its mercenaries in Kashmir and elsewhere. Their abominable plots to placate minorities within our community for the purpose of their despicable designs will be resisted by all of us by standing together against the forces of the state.”

Aga Syed Muntazir further wrote that: “We stand together, as one people in telling Maulana Jawad that his visit at the behest of the Union Government is unwanted and unwelcome.”

He said that in the saffaronising project Maulanas are also used. “Be informed that Shias of Kashmir are part and parcel of sacrifices and no machinery can rob the spirit of ‘Hussainyat’ from us or break the unity.”

The visit of Moulana Jawad Kalbe also witnessed opposition from from local Shia cleric and National Conference leader Aga Syed Ruhullah Mehdi Al-Musavi, who accused him of “bidding for the BJP”.

“Maulana Jawad, I advise you against any misadventure in Kashmir at the behest of the BJP. This is not Lucknow, this is Kashmir. Our identity is one, and unity is paramount for us. You are strictly warned against sowing elements of division here in Kashmir,” Syed Ruhullah said, in a tweet.

Moulana Jawad, who is also general secretary of Majlis-e-Ulama-e-Hind, comes from a family of scholars known as ‘Khandaan-e-Ijtehad’, and he enjoys considerable influence over the Shia Community across the country.

Although Maulana Jawad claimed that his visit to Kashmir is personal and religious in nature but Jammu Kashmir Apni Party Spokesperson yesterday in a press release said that a delegation of scholars and activists led by prominent Shia cleric and scholar from Lucknow Moulana Syed Kalbe Jawad Naqvi called on Apni Party president Syed Muhammad Altaf Bukhari at his residence in Shiekhbagh Srinagar.

The spokesperson said that during the meeting that lasted for over an hour, Moulana highlighted very significant issues pertaining to the members of Shia Community in Jammu and Kashmir and solicited the intervention of Apni Party president for their resolution.

As per spokesperson, Moulana Jawad felt a dire need for establishment of a Shia Waqf Board and also expressed serious concern over the rising unemployment among Shia Community. (KNT)