Sarjan Barkati released from jail after over four years 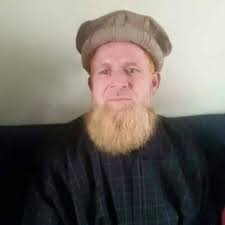 Srinagar, Oct 28: Sarjan Barkati, who is known as ‘Freedom Chacha’ and the pied piper of Kashmir, was on Wednesday released by the authorities after over four years of detention.

Shabrooza Banoo, wife of Barkati confirmed that Barkati has been released from detention and he has reached home at around 7: 40 PM.

Barkati, who hails from South Kashmir’s Shopian district, was known for his sloganeering during the 2016 uprising that started following the killing of Hizb commander Burhan Muzaffar Wani. Barkati was arrested on October 01, 2016.

Locals from Reban, the native village of Barkati said that scores of people gathered outside the house of Barkati in Reban Shopian and welcomed him.

Pertinently, his family members have been protesting at different locations from the last four years to demand his release.

“From the last four years, my husband was in police custody and we were facing a lot of problems to survive,” Shabroza said, adding that “we are indebted to those who have assisted us in our odd days and were very happy that he has been finally released.”

“We have gone through very tough days since then as my children were most often getting up at night and used to cry when they couldn’t find their father next to them,” she said.

“Hundreds of people were visiting our house to ask my husband to participate in rallies in their areas during the 2016 uprising, however, most of them disappeared after he got arrested,” she added.

“I faced all hardships because I know my husband was not on any wrong path,” she said, while thanking people who have helped them in the last four years.

Notably, Barkati was immediately booked under Public Safety Act (PSA) after he was arrested on 1st October 2016 in Anantnag district and since then was under detention—(KNO)