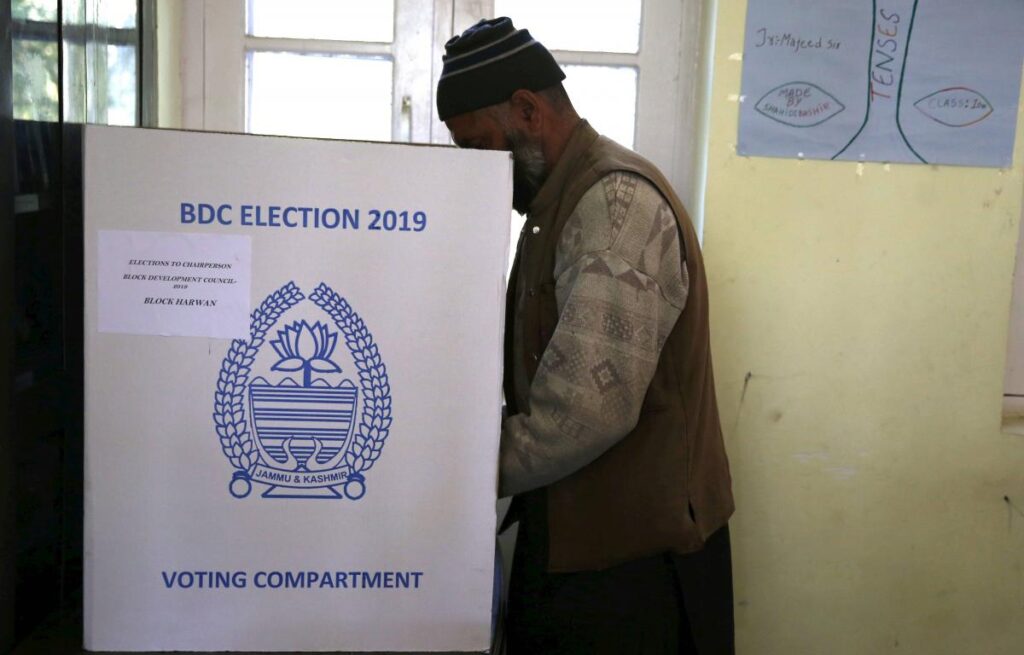 Srinagar, Oct 26: In a significant development, the authorities in Jammu & Kashmir have completed the process of delimitation of territorial constituencies of district development councils (DDCs).

The Election Authority, notified by the Jammu & Kashmir government under the Panchayati Raj Act-1989, on Monday evening notified 280 territorial constituencies of DDCs after considering the objections and suggestions submitted by different quarters.

“…… After incorporating all the changes in respect of the objections/recommendations which have been accepted, the Election Authority hereby notifies the delimitation of District Development Councils in terms of Rule 108-B,” reads the notification issued by Chief Electoral Officer, Hirdesh Kumar, who has been designated as the election authority under the law.

The draft delimitation proposal was put in public domain by deputy commissioners of all 20 districts for suggestions/ objections till October 23.

“Whereas, a number of objections/ recommendations were found to be devoid of merit and thus not accepted. However, some objections/ recommendations have been found reasoned and in consonance with provisions of the Jammu and Kashmir Panchayati Raj Act 1989 and Jammu and Kashmir Panchayati Raj Rules 1996 and it has been found necessary to modify to the proposed delimitation of the district development councils to incorporate the same,” the notification further reads.

Each district will have 14 territorial constituencies, taking the number of these segments to 280 in J&K Union Territory—(KNO)