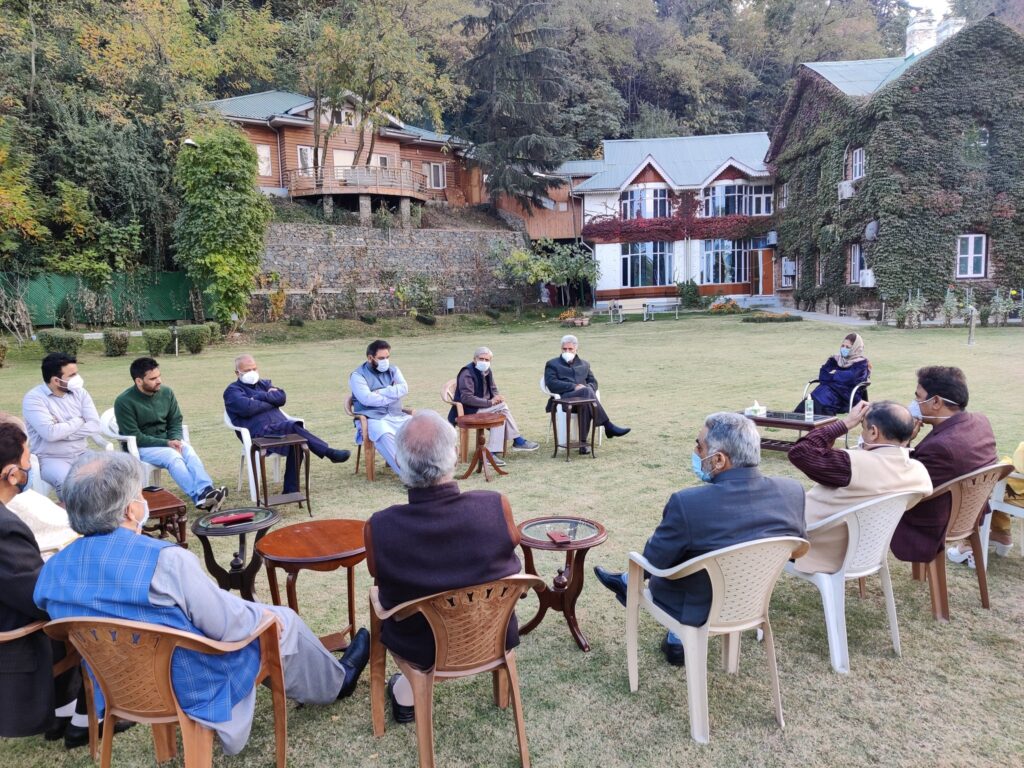 Ten days after she was released from the 14-month-long detention, Mehbooba chaired a meeting of party leaders at her Gupkar residence.

PDP Vice President, Abdul Rehman Veeri said that a meeting was chaired by the party president during which prevailing situation in Jammu and Kashmir and party affairs were discussed.

He said during the meeting, it was impressed to strengthen the party at the grassroots level. “It was stressed upoun to constitute new units in the respective districts or blocks in the places where the units were dissolved,” he said.

The PDP chief also asked the leaders to identify and fill the gaps at the grassroots level, he informed.

Meanwhile, the Party spokesman Syed Suhail Bukhari in a statement said that the Party’s top leadership, while endorsing the stance of the Party President on the August 5 events and a united response there to, has reiterated that these events that saw illegal and unconstitutional disempowerment being perpetrated on the people of J&K unilaterally, is not only unacceptable but would be fought against in unison by the people of J&K.

“The Party President Mehbooba Mufti chaired the meeting of the party’s top leadership here to discuss and deliberate upon the prevailing situation in Jammu & Kashmir. It was the first such meeting after her release from over 14 months long detention and was attended by top party office bearers and leaders. The leadership unanimously endorsed the stance taken by the party president on the issue of August 5 events as well as her commitment to a united response to these events,” Bukhari said.