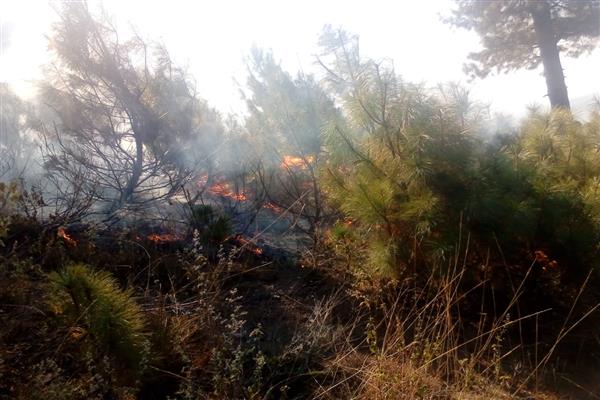 Reports said that hundreds of trees has gutted in the ablaze which engulfed in compartment No, 56, 96 and 97.

The forest department has pressed its employees to the forest area to control the fire.

A forest officer also confirmed the fire incident i the area and said that due to long dry spell massive fire has erupted in the area, he however said that department has pressed the employee to control the fire (KNS)