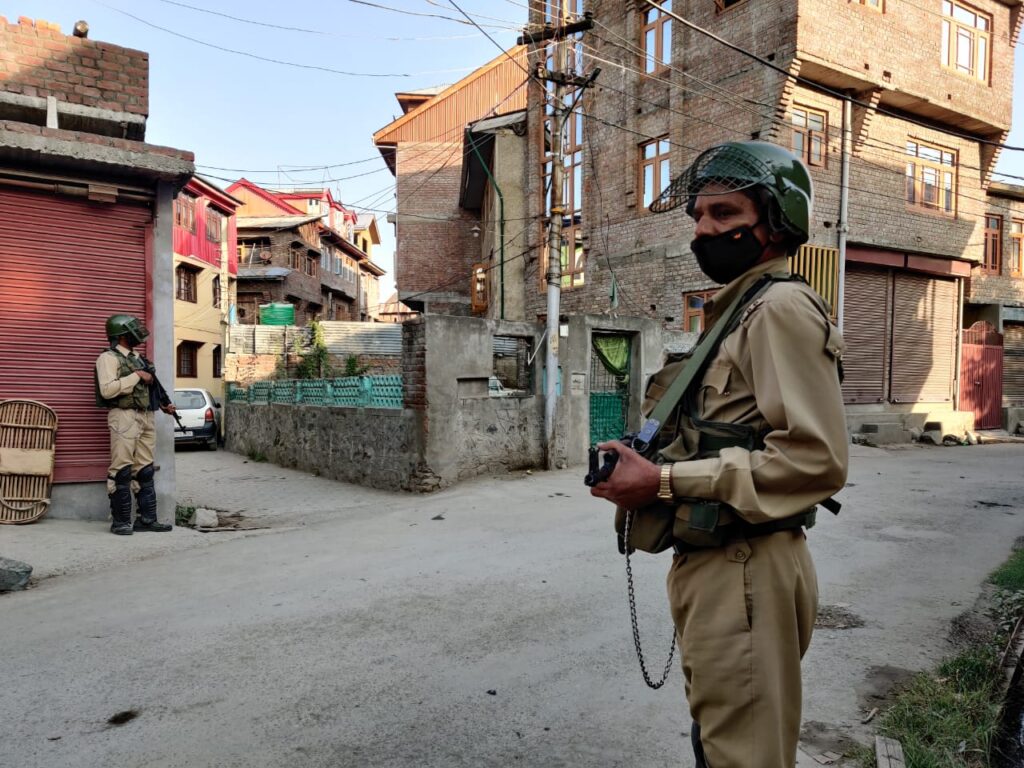 Srinagar, October 12: Gunfight breaks out between militants and government forces in Rambagh area of Central Kashmir’s Srinagar district on Monday.

According to the reports,, a joint team of Police and CRPF launched a cordon-and-search-operation in Rambagh .