“Those taking up arms must be dealt only with bullets,” says BJP’s Ravinder Raina in response to LG rehabilitation offer to militants 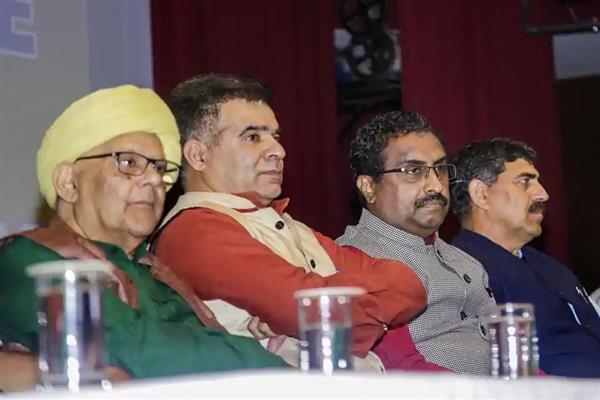 Srinagar, Oct 08: Few days after Lieutenant Governor J&K Manoj Sinah offered rehabilitation policy for local militants if they come back to mainstream; Bhartiya Janta Party (BJP) expressed disagreements over the offer of Sinha and said “those taking up arms must be dealt only with bullets”.

BJP Jammu and Kashmir President Ravinder Raina said that “there can never be any rehabilitation offer for those who have taken up arms against the national integrity and sovereignty” and added “such elements must be dealt only with bullets”.

BJP leader reacted to Lieutenant Governor Manoj Sinha’s recent appeal to local militants to shun the path of violence. LG who was speaking in south Kashmir’s Shopian district promised local militants to help them with jobs and entrepreneurial opportunities if they will come back to mainstream.

“Pakistan sponsored militancy has enough bled Jammu and Kashmir for the past three decades. The militants goes to Pakistan for arms training, come back with arms and then kill innocent people and forces personnel”, Raina said and added “Those taking up arms against the national integrity and sovereignty can never be given any jobs. They can only be straighten by bullets”, BJP leader said.

“Under PM Modi government there can never be any rehabilitation for militants who are up for destabilizing peace”, Raina added. (KNS)