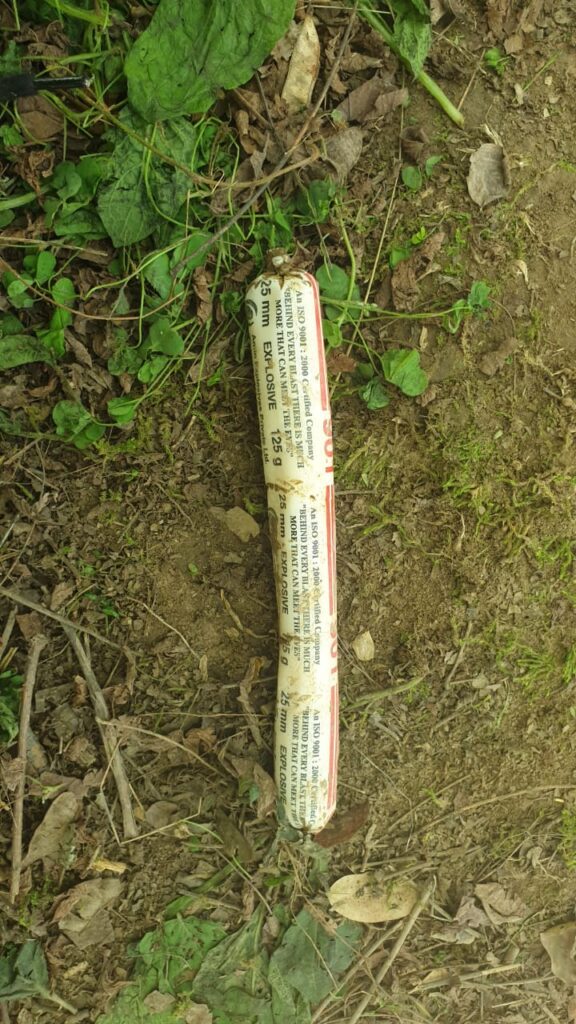 Police sources  said that during a joint cordon and search operation by soldiers from 42 Rashtriya Rifles, 130 Battalion CRPF and Special Operation Group Awantipora a suspicious object was spotted in Avanpora village of Awantipora.

The suspicious object was found in a nallah near water tank reservoir.

“The syntax by the brand name of ‘NEOGEL 901 Superpower 90’ is made in Nagpur Maharashtra and it contained explosives weighing 52 kilograms,” sources added.

By virtue of this recovery Security Forces have been able to avert some major militant attack by means of explosive substances, police said in a statement.

Consequent upon this case FIR number 126/2020 under relevant sections of Unlawful Activity Act has been registered in Police Station Awantipora and investigation has been taken up, added the statement. (KNT)