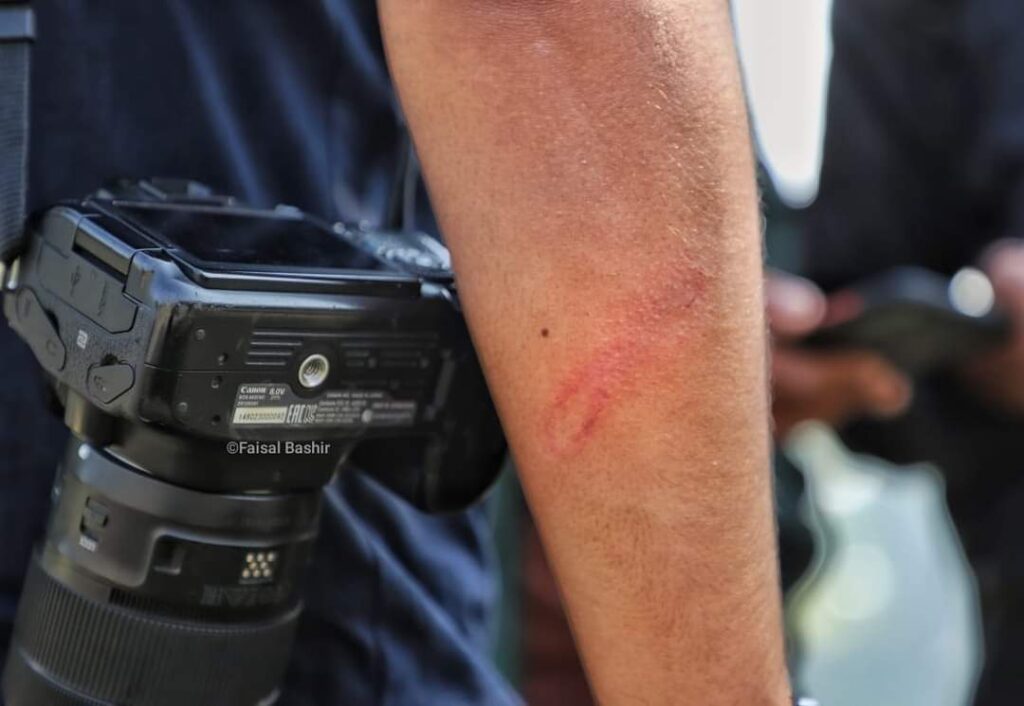 Pulwama, Sept 15: Three photo and video journalists were allegedly beaten up and camera damaged by Government Forces, when they were covering an encounter which broke out in south Kashmir’s Pulwama district on Tuesday morning.

One of the eye-witness journalists, wishing anonymity, who was near the encounter site when journalists were beaten by Government Forces in Marval area of Kakapora in Pulwama told Kashmir News Trust that he had reached the spot around 8 AM and while he was doing his job, some Forces personnel came and started beating up the journalists who were present on the spot.

Reshi Irshad said, “My camera was also damaged as the Forces personnel started beating us without any reason and didn’t listen to us as we were just doing our job.”

Kamran Yousuf was detained in 2017 by the National Investigation Agency (NIA) and was subsequently released after seven months. “This is not the first time that journalists have been beaten up for performing their duties. This has to stop now,” he said.

It is pertinent to mention that a gunfight broke out between government forces and militants in Marval area in Kakapora Pulwama on Tuesday morning and the journalists had reached the gun battle spot to do their professional duties. (KNT)