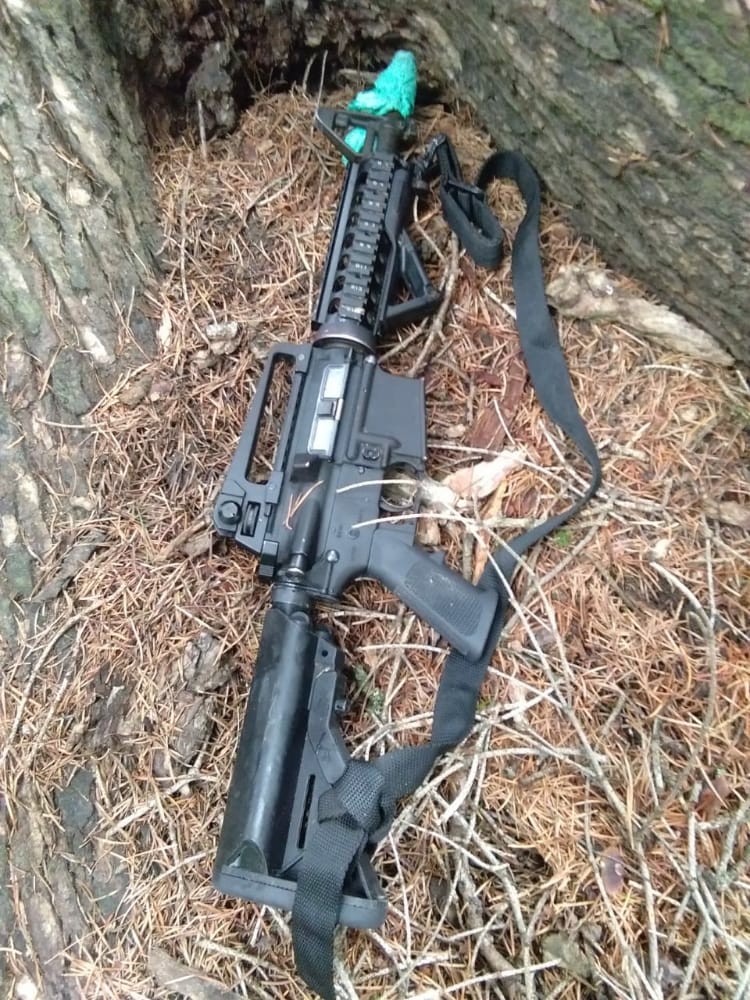 Srinagar, Sept 05: A 5.56 mm M-4 rifle and a pouch was recovered by a joint team of army and police after a gunfight with militants in Dana behak, Warnow area of North Kashmir’s Kupwara district on Saturday.

According to the reports a joint team of Police and Army’s RR 28 launched a cordon-and-search-operation in Dana Behak forests.

As the joint team encircled the suspected spot, official sources said that the hiding militants fired upon them. The fire was retaliated by the joint team, triggering off an encounter, they said. There was a lull after initial gunfight following which searches were launched which culminated into recovery of 5.56 mm M-4, Pithu bag, motorola wireless set, they said.

“The search operation will continue,” they added. (GNS)