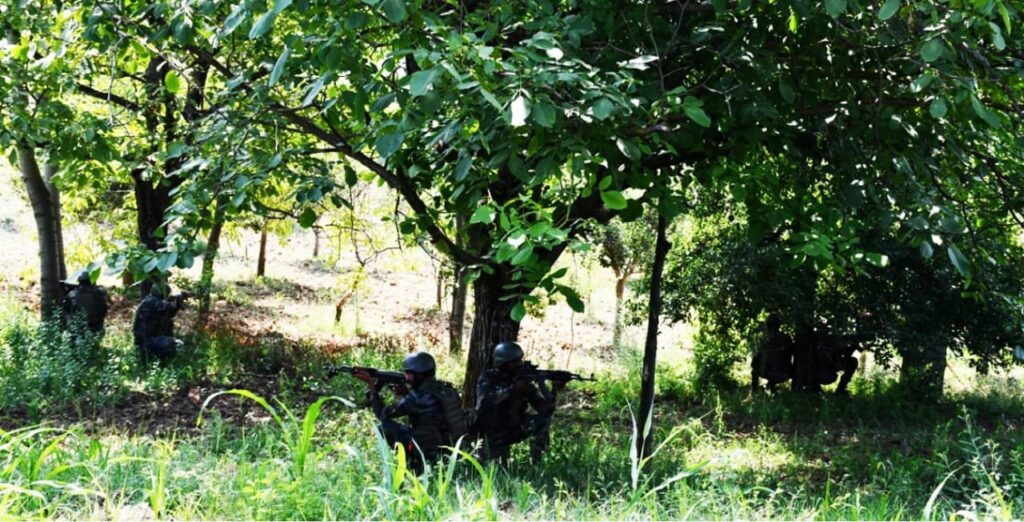 According to the reports, a joint team of Police and Army’s RR 28 launched a cordon-and-search-operation in Dana Behak forests.

A senior police officer confirmed  the exchange of fire between the joint team and the militants. As per the sources, two to three militants are believed to be trapped.(GNS)