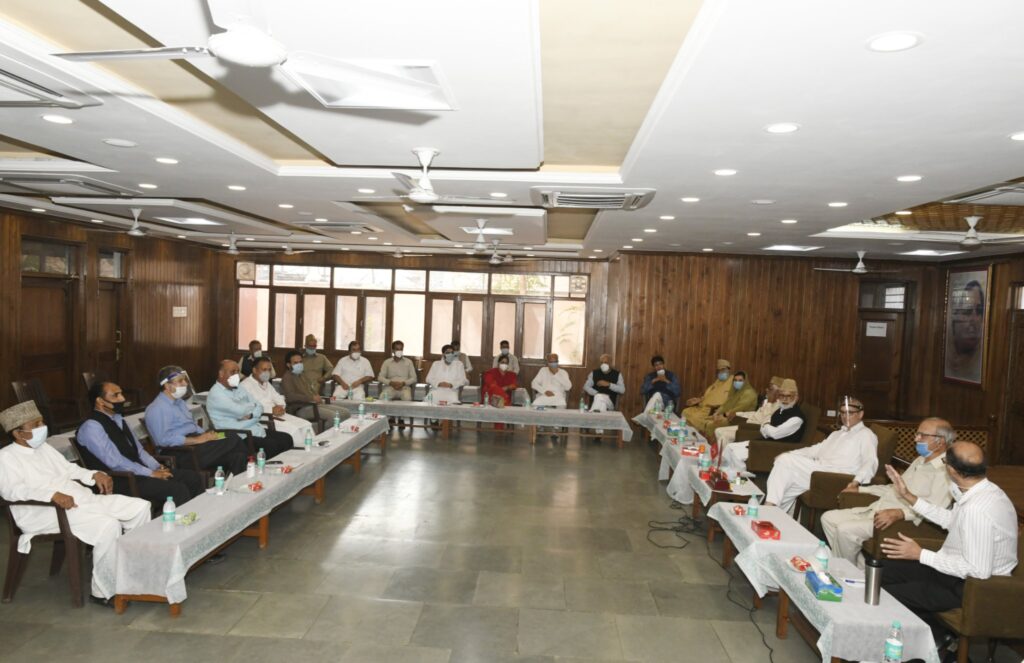 On the occasion, the participants unanimously reiterated their support to the underway efforts of the Party President Dr. Farooq Abdullah for the restoration of the constitutional position of J&K, which was unconstitutionally and unilaterally rescinded on the 5th of August last year.

They also raised the issue of prolonged incarceration of many mainstream political leaders and other grass root level workers. While expressing outrage on the continuous incarceration of party workers and functionaries, the participants said the kith and kin of those in detention are worried about their wellbeing, and have had no respite since August last year.

The participants also highlighted the trepidation of people in their areas on account of the previous clamp down and subsequent COVID-19 induced lockdown. Speaking on the occasion, the functionaries also highlighted the widespread administrative inertia, development deficit and unaccountability on ground. The meeting continued for a marathon of five hours and saw active participation of each and every functionary.

Party Vice President while addressing the meeting asked the party functionaries to remain in touch with the people and highlight issues of public importance in their respective constituencies. The functionaries conscientiously discussed various issues concerning the party in particular and people in general—(KNO)