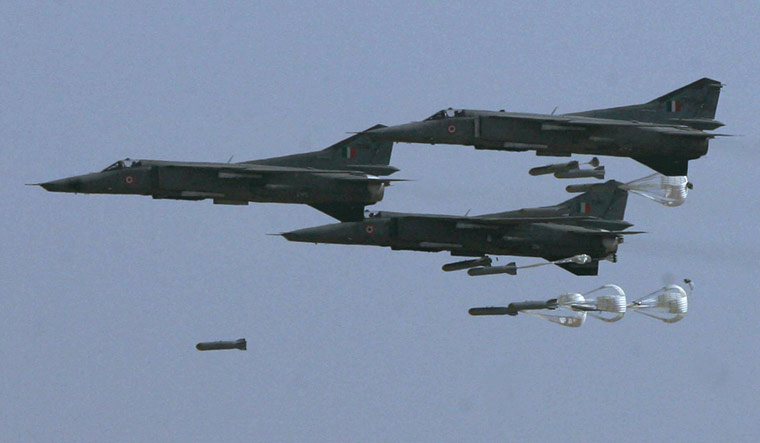 Srinagar, Aug 29: Air Force Station Srinagar is conducting a massive demolition practice in coming days while locals living around the station have been asked to stay alert and take all precautionary measures.

The demolition practice of 100 to 120kg bombs were scheduled to take place on 30 Aug and 6 September between 3:30 pm to 4:30 pm, but this practice has been suspended and new dates will be fixed for the same in coming days.

Security Officer Air Force Station said that the demotion practice has been suspended and new dates for the same will be announced in coming days and people will be informed about the same.

“There is no need to panic. It will be a routine exercise. Locals living adjacent to Air Force Station need to stay indoors instead of remaining under open sky,” the Security Officer said. (KNT)