NC huddles to decide strategy on restoring Article 370, 35 A, statehood, says won’t compromise on those demands 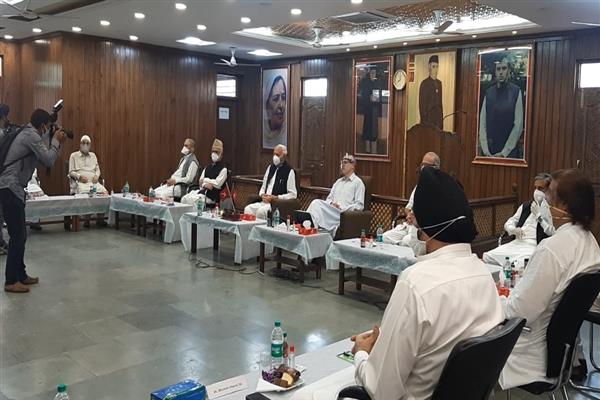 The agenda of the meeting is totally focused on discussions for strategy to be adopted for contesting the case filed in the supreme court of the country against abrogation of article 370 and article 35 A and also the J&K Reorganisation Act 2019 Enacted to divide the erstwhile Jammu and Kashmir state.

Interestingly this is the party’s first high powered meeting called by National Conference after the abrogation of Article 370 and Article 35 A and also bifurcation of erstwhile state into two union territories.

Sources inside the NC said that question of any compromise on restoration of Article 370, Article 35 A and bifurcation of erstwhile state into two union territories does not arise at all. He said that Gupkar declaration is a historical decision and all the signatories to this declarations are committed to it and there is no question of any signatory back tracking over the commitments. (KNS)