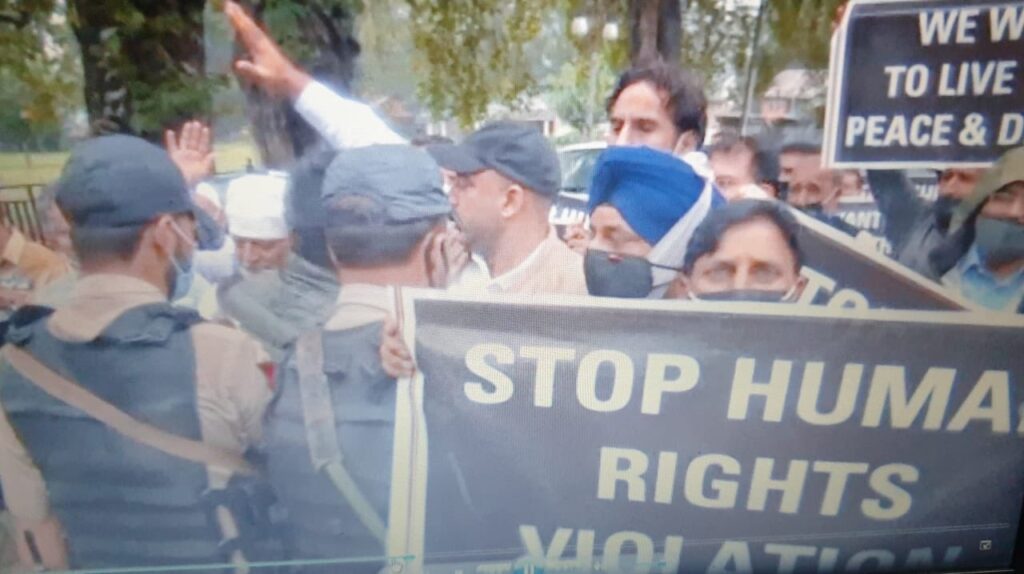 A party leader said that they tried to carry out a protest march outside their party headquarters after a meeting in which various issues pertaining to the present situation were discussed.