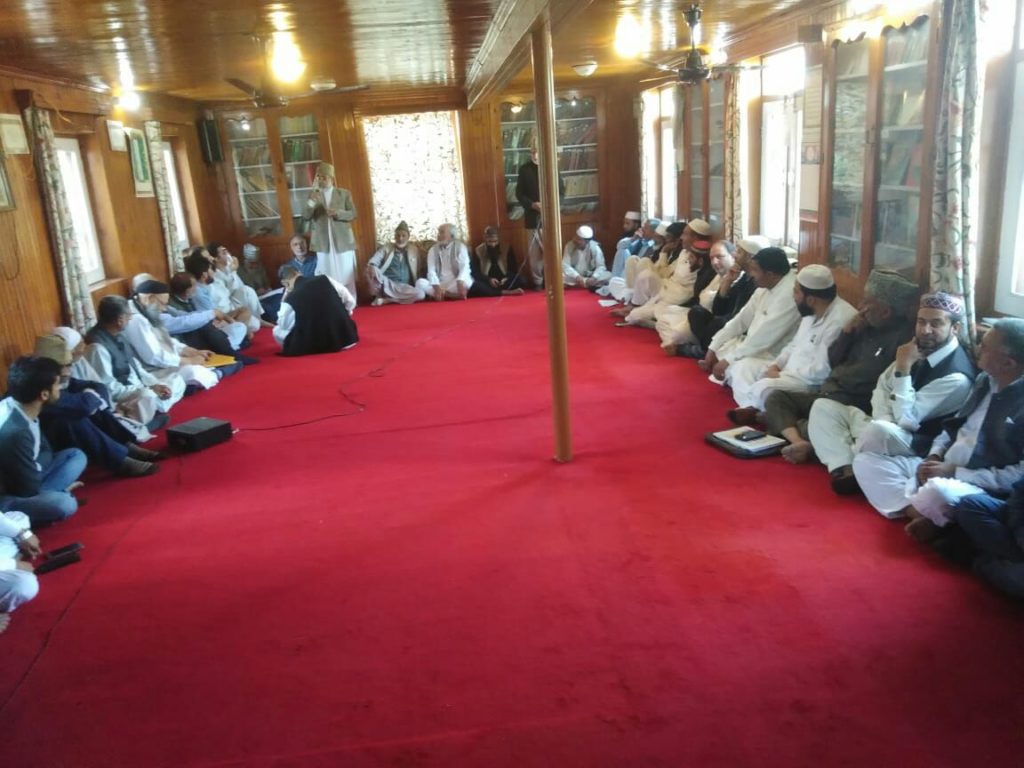 Srinagar, August 17: The Mutahida Majlis-e-Ulema (MMU) Jammu Kashmir has strongly condemned the blasphemous remarks against the Prophet Muhammad (SAW) (PBUH) by “some zealots in Reasi area of Jammu and termed it a deliberate attempt to hurt the sentiments of Muslims across the world”.

The MMU, in the statement, warned the government and demanded strict and exemplary punishment to those who committed this crime and have been arrested , so that no one swayed with communal frenzy and deliberate provocation musters courage to commit such shameful act again or harm the centuries-old communal harmony and mutual brotherhood in Jammu & Kashmir.

Terming the blasphemous remarks by zealots Satpal Sharma and Deepak, meant to cause hurt and hatred and hence unendurable, the MMU – a conglomerate of religious bodies of Jammu Kashmir – said it is extremely unfortunate that the anti-Islam forces are being time and again encouraged to indulge in such deliberate provocative acts to serve their petty interests by hurting the religious sentiments of Muslims.

According to a statement , all the religious, educational, social and welfare organisations associated with the MMU which comprise Anjuman Auqaf Jamia Masjid, Dar-ul-Uloom Raheemiya, Muslim Personal Law Board, Jamiat Ahle Hadeth, Jama’at-e-Islami, Anjuman Sharia’n Shian, Karwaan-e-Islami, Itihaad-ul-Muslimeen, Anjuman Himayat-ul-Islam, Jamiat Hamdania, Anjuman Ulema-e-Ahnaaf, Dar-ul-Uloom Qasmia, Dar-ul-Uloom Bilaliya, Anjuman Nusrat-ul-Islam, Anjuman Mazhar-ul-Haq, Jamiat-ul-Aima Wal Ulema, Anjuman Aima Wa Mashaa’ikh Kashmir, Dar-ul-Uloom Naqshbandiya, Dar-ul-Uloom Rasheediya, Ahl-e-Bayt Foundation, Madrasa Kanz-ul-Uloom, Perwaan-e-Wilayat, Auqaf Islamiya Khurram Sarhama, Anjuman Tanzeem-ul-Makaatib, Muhammadi Trust, and others in a joint statement made it clear that Muslims can never tolerate disrespect or ill-remarks against their beloved Prophet Muhammad (SAW) the the epitome of humaneness and peace and is dear to each and every Muslim than their own selves.
Muslims can sacrifice their lives, and all but cannot bear an iota of disrespect to the honour and dignity of our beloved Prophet Muhammad (SAW); this is the belief of a Muslim, the MMU remarked.