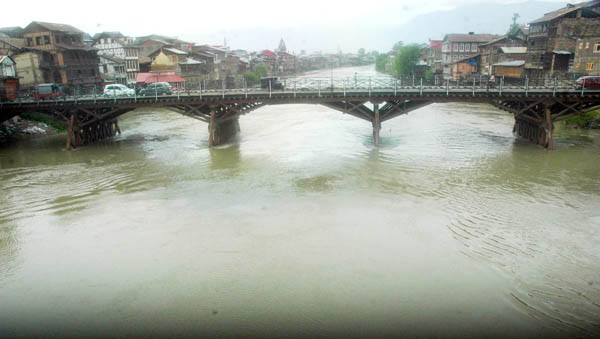 Srinagar, Aug 10: Timely action by police and civilians led to the rescuing of a boy who was taking bath in river Jhelum and got trapped due to the sudden rise of water level in the water body near Poshni Colony in Baramulla district on Monday afternoon.

Official sources said that the boy Sahil Ahmed Sheikh son of Mohammad Afzal of Ijara was taking a bath in river Jhelum and got trapped due to sudden rise in water level.

“The barrage gate was timely closed to reduce the water level and a rescue was started by police and civilians,” officials said, adding, “Along with civilians, policeman Mushtaq Ahmed SPO Wahid and BSF constable Ajay Kumar of 40 battalion rescued the boy,” they added. (GNS)