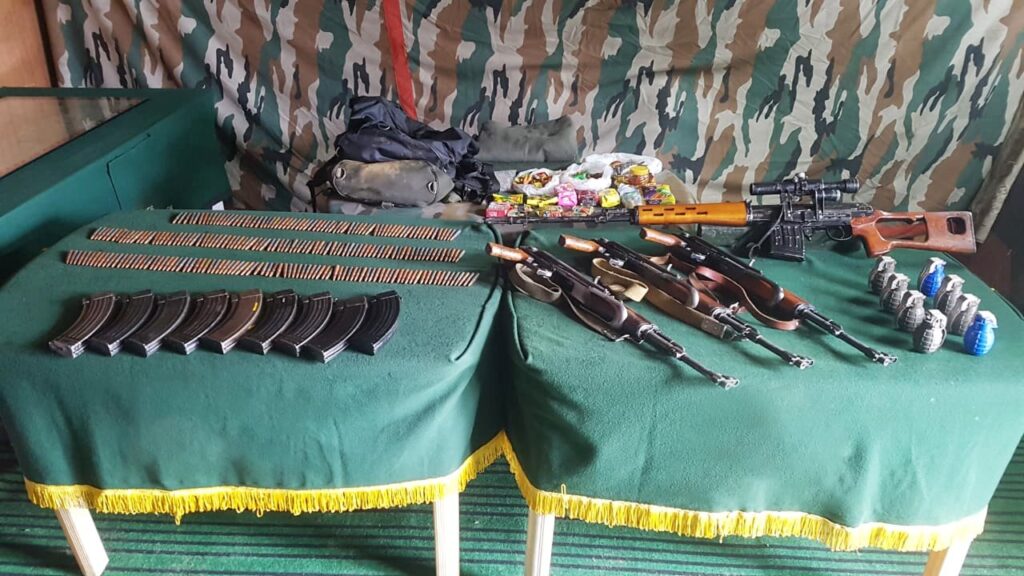 Kupwara, July 31: The army Friday claimed to have foiled an infiltration bid at Machil sector of north Kashmir’s Kupwara district stating that militants went back leaving behind a blood trail while as arms and ammunition was recovered from the spot.

Defence spokesman in Srinagar, Colonel Rajesh Kalia said that the army exchanged gunfire with infiltrators and foiled an infiltration bid early morning today. “A huge quantity of ammunition including a sniper rifle left back by infiltrators was recovered,” he said, adding that early this morning at about 3 am, suspicious movement of unidentified persons was detected 600 meters on “own side of LoC at Machil sector in Kupwara.

The defence spokesman said that the infiltrating militants were intercepted by own troops and a firefight was ensued. After the first light, searches were carried out and a blood trail was seen in the area. “During the searches, 3 AKs, a sniper rifle, 8 grenades and other war like stores was recovered while the searches  in the area are in progress,” he said.

Prior to that, on June 30, the army had said that an infiltration bid was foiled at Parkian Gali sector in north Kashmir’s Kupwara district on the intervening night of June 29 and June 30 when a group of 6-8 militants, in two groups tried to sneak in. After the initial exchange of fire, the militants, according to the army, went back to the Pakistani side—(KNO)