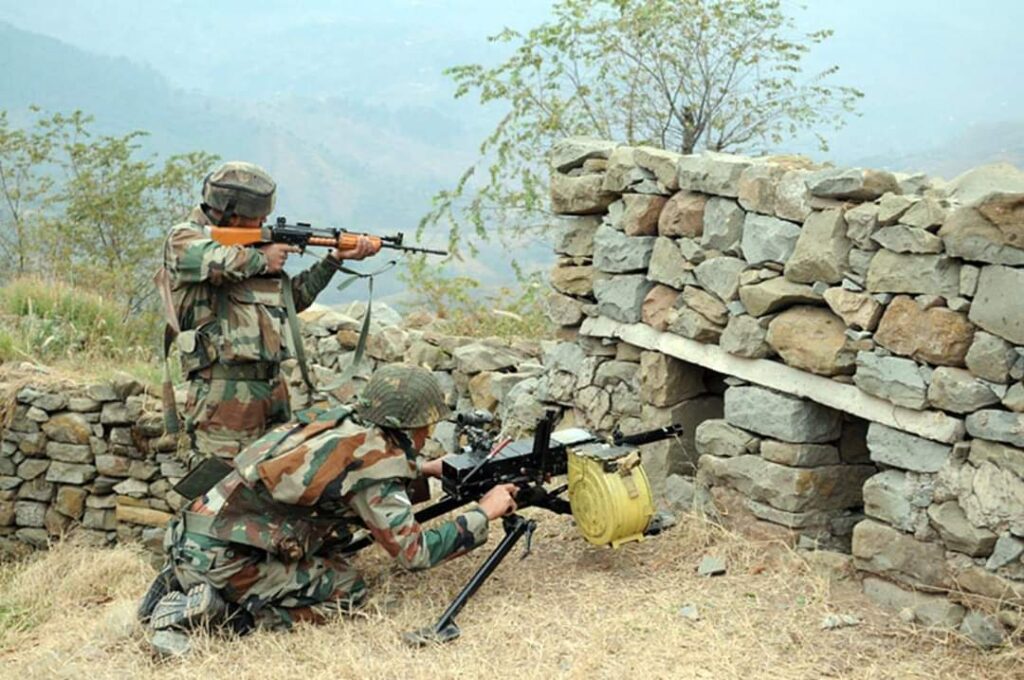 Srinagar, July 12 : Three militants were killed during a gunfight with government forces in Reban area of north Kashmir’s Sopore on Sunday.

Official sources said that one more militant body was recovered amid searches taking toll to 03. However, the identity of the slain militants is yet to be ascertained.

As the house was razed to ground by using IED by forces earlier. JCB was brought in to remove debris. During removing of debris third militant body was recovered, they said.

Pertinently, 128 militants have been killed so far in the Valley this year.

Earlier, according to the report, a joint team of Police, Army’s 22 RR and CRPF launched a cordon-and-search-operation in Reban.

As the joint team encircled the suspected spot, the hiding militants fired upon them. The fire was retaliated by the joint team, triggering off an encounter.(GNS)