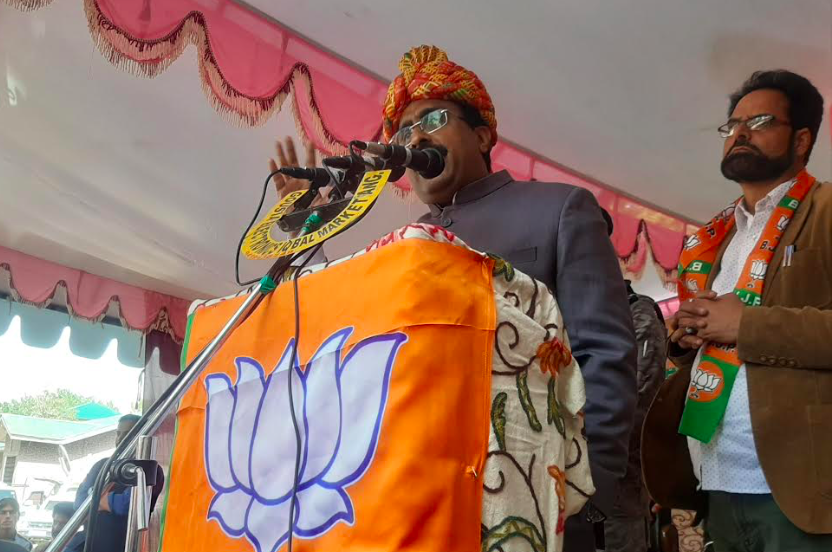 Sources in the BJP said that Madhav has confirmed his visit to Kashmir with a sole aim of visiting Muslimabad residence of slain Bari in Bandipora district. “He will meet the wife and other family members of slain Waseem Bari and express his solidarity with the bereaved.

Later, Madhav will also meet party workers in Srinagar,” they said, adding that the BJP General Secretary will reach Kashmir on Sunday morning and right away travel to Bandipora district.

“A meeting with the BJP workers from Srinagar and other districts is also on cards with Madhav,” sources said. They said that after Madhav’s visit, BJP’s national president J P Nadda will also visit Kashmir and meet family members of slain BJP leader Waseem Bari at Bandipora.

“Nadda will come next week,” a source in the BJP said  Waseem, the young face of BJP in North Kashmir’s Bandipora district was killed along with his father and brother at his shop-cum residence at Muslimabad area of the district on July 8 evening.

IGP Kashmir Vijay Kumar told reporters at the residence of slain BJP leader and two Lashkar-e-Toiba militants had carried out the attack on Waseem and that the attack was pre-planned. He had stated that both the militants will be tracked down soon—(KNO)