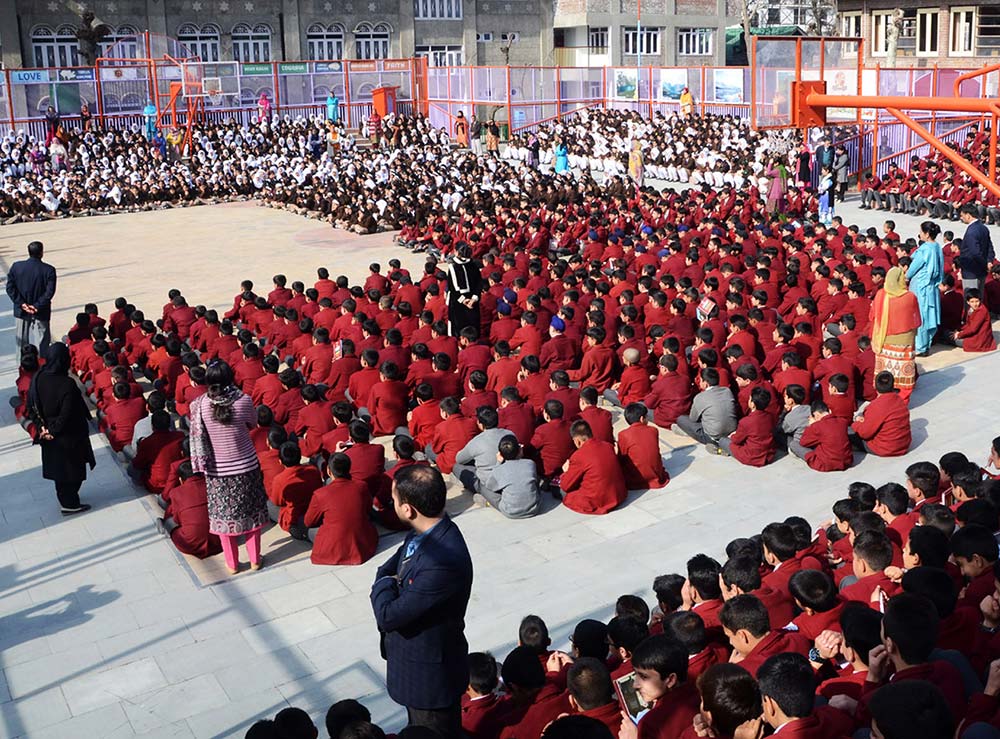 Srinagar, June 27: Private Schools’ Association of J&K (PSAJK) after lengthy deliberations with Parents Association of Privately Administered Schools (PAPAS), trade bodies and representatives of tourism, transporters and other sectors have decided to announce a major fee waiver scheme for students, whose family income has been severely impacted by the present COVID19 lockdown.

The Association said that the private schools are very much part of the society and they have been equally affected by the lockdown. “We are all together in it. The only way by which we can come out stronger from these trying circumstances is when we help each other,” said G N Var president PSAJK.

“On one hand we have to consider the families who have experienced almost zero income during this lockdown period and on the other hand we have to take care of thousands of employees of private schools. Thankfully together with all the stakeholders we have managed to create a balance between the two.”

The Association said that those families who had zero income during this period will be given upto 100 percent fee waiver. “Those students whose family income has become zero don’t need to worry about any extra burden. However the students whose parents are government employees, traders in medicine, grocery or doing such jobs which ensured direct or indirect income, will have to pay full fee,” said Var.

The Association had classified the private schools in two groups based on the fee slab of Rs 800 per month. “Schools with fee slab of Rs 800 or lower per month will give upto 50 percent discount to deserving students. They are economy schools and these calculations have been made considering various factors,” said Var. “The schools where fee is above Rs 800 will provide upto 100 percent fee waiver to deserving students.”

The Association said that to ensure that the benefit reaches to each and every deserving student, every case will be approved after proper verification by concerned school management and a team of PSAJK.

The Association said that all those students whose parents fall in the category of such low or no income category should submit an application for fee waiver with their respective schools and or at PSAJK office by or before 07 July 2020. No application will be entertained after the said date. “The applications will be cleared in expedited mode after verification,” said Var.

“Regarding non-affected families or whose income continued during the lockdown period, they should clear all of their dues immediately,” said Var.

The Association said that the private schools are vital for the entire society and nobody can deny their role. “In 1990’s when entire education sector collapsed it was the private schools who held the beacon of learning,” said Var. “It was the time when all Pandit teachers left and government schools had become defunct. Just imagine if private schools too had shut down at that time, we would have been living in dark ages currently.”

The Associations said that currently entire education sector is in crisis mode and the society needs to come forward to help it. “For the last few years our education sector has been highly stressed. Every year or alternate years schools are being closed for extended period of time. Around 250 private schools have been closed as they became financially unviable. Even now a number of budget schools are on the brink of closure,” said Var. “There is an uncertainty regarding opening of schools this year. At this juncture it is imperative upon both the government and public to come forward and rescue these schools for greater good of the society.”

The Association said that it is in touch with the government too to explore the idea of providing government help to affected students. (GNS)