Quad Copter shot down by BSF along LoC in Kathua 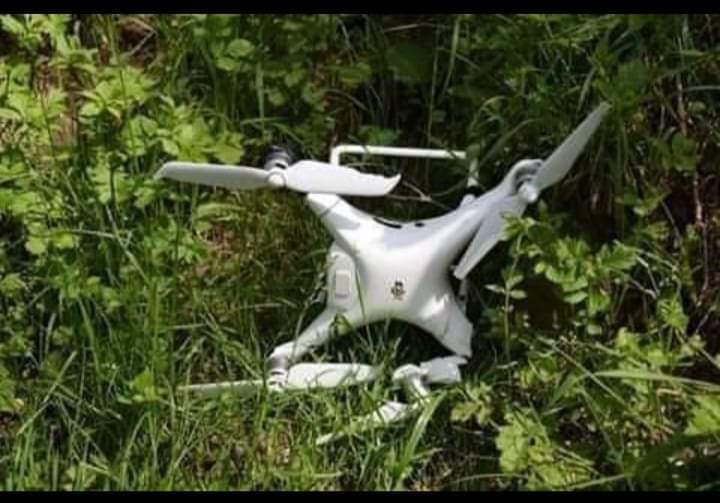 Jammu, June 20: Border Security Forces claims to have shot down a drone from Pakistan near Kathua and recovered among others M-4 US made rifle, Director General of Police Dilbag Singh said.

“One more attempt by Pak agencies to drop weapons across border using drones was foiled at Kathua border. From the search of the payload on the Drone shot down by BSF , one M-4 US made rifle and two magazines and 60 rounds besides seven grenades were recovered,” he said, adding, “This delivery was for some ‘Ali Bhai’ as the payload was carrying his name.”

He said that the drone was 8 feet in wide— blade to blade and seems to have been controlled by Pak Picket opposite Panesar Post of BSF in kathua sector.

“Same weapons were recovered from Jaish-e-Mohammad militants killed after infiltration from Pakistan in an encounter at toll plaza Nagrota while they were travelling in a truck to Kashmir some months back,” he said.

Sources said that the drone was spotted flying near Border Outpost Panesar of BSF at about 5.10 a.m. (GNS)