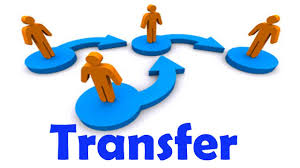 Srinagar, June 15: Jammu and Kashmir Government on Monday appointed R.R Swain (IPS) as the new intelligence chief of J&K police, replacing Dr. B Srinivas who has been posted as Commandant General, HG/CD/SDRF.

“R.R Swain, IPS (JK:1991), awaiting orders of posting in the Home Department, is posted as ADGP (CID), J&K, vice Dr. B. Srinivas,” reads an order issued here by the J&K’s Home Department. Swain was recently repatriated from the centre deputation.

Dr. B. Srinivas, IPS (JK: 1990), besides being transferred and posted as Commandant General, HG/CD/SDRF has been also asked to hold the charge of the post of Director Fire & Emergency Service, J&K, in addition to his own duties, till further orders, relieving V.K Singh (IPS) of the additional charge of these posts.

Deepak Kumar (IPS), ADGP, Railways, J&K, has been transferred and posted as MD, Police Housing Corporation, reads the order, a copy of which lies with GNS. The 1993-batch IPS officer has been also asked to hold the charge of the post of ADGP, Railways, J&K, in addition to his own duties, till further orders. (GNS)