China has not withdrawn an inch, deploys tanks, artillery on LAC: Report 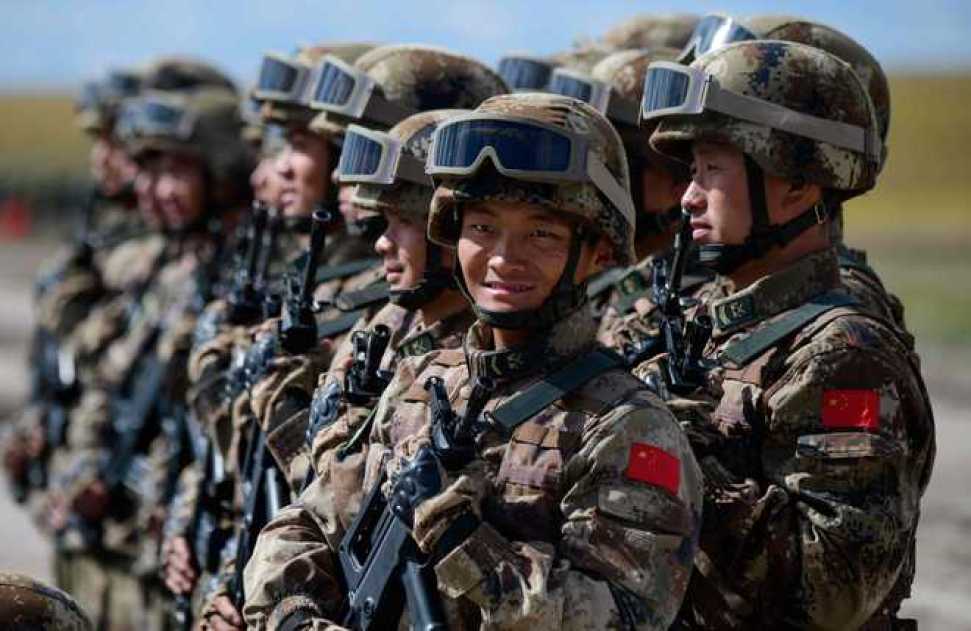 Delhi: With no indications of Chinese troops withdrawing from Indian territory they occupied last month in Ladakh, Defence Minister Rajnath Singh on Friday met the Chief of Defence Staff (CDS), General Bipin Rawat and the army, navy and air force chiefs to review the situation.

On Tuesday, Major General Abhijit Bapat, who commands the infantry division that defends the Line of Actual Control (LAC) in this sector, held talks with a Chinese general in an attempt to defuse tensions and encourage Chinese troops to withdraw, Business Standard reported.

Despite that, sources on the ground say the People’s Liberation Army (PLA) is only strengthening its hold on 60-odd square kilometres of disputed territory that it has illegally occupied.

So determined is the PLA to hold on to the crucial Galwan River Valley that it held talks with the Indian military a full 3.5 kilometres inside Indian-claimed territory, well west of the LAC. With the mountain tops on either side of the Galwan River occupied by the Chinese, the PLA is dominating not just the Galwan River, but – at its junction with the Shyok River – the crucial Darbuk-Shyok-Daulat Beg Oldi (DSDBO) highway that connects the army’s so-called Sub-Sector North (SSN) with the rest of Ladakh.

Indian Army and Indo-Tibet Border Police (ITBP) situation reports (sitreps), intelligence reports and satellite photos show that PLA troops have not pulled back even in areas where Indian troops have been deployed to physically block further Chinese ingress.

Indicating that China is preparing for escalation, the PLA has deployed artillery guns in at least six locations between Pangong Tso and the Gogra Heights, on the Chinese side of the LAC. At each of these locations, the PLA is also building new hut-like structures, suggesting the PLA is preparing for a long confrontation.

North of the Galwan Junction, PLA troops remain in a heightened state of readiness opposite Jeevan Nalah.

And in the northern-most segment of the Sino-Indian border, near the Depsang Plain where a confrontation had taken place in 2013, there is growing concern over the visible presence of Chinese tanks and armoured vehicles across the LAC.

Along the northern bank of the Pangong Tso, the Chinese are making it clear they have no intention of withdrawing from Finger 4 – which the PLA is now treating as the LAC, having advanced 8 kilometres into Indian territory which is claimed to begin at Finger 8.

The Chinese soldiers at Finger 4 are continuously preparing their defences – digging trenches and building bunkers. These are visible from the blocking positions that Indian soldiers have taken up between Finger 4 and Finger 3, just a few metres away from the ITBP’s Administrative Post.

Chinese troops have also deployed on the dominating crests of the five ridgelines that run down to the Pangong Tso – Finger 4 to Finger 8. These commanding heights are now being fortified with bunkers and defences built with cement and stone. The PLA has built huts as in these locations as well.

On the Pangong Tso, Chinese troops in motorboats are patrolling the lake more aggressively. The PLA motorboats now regularly cross the so-called Fox Hole Point, at the base of Finger 4, which they almost never did earlier.

In the area around Hot Springs, where the Indian Patrolling Point 15 (PP 15) is located, the Chinese have begun building roads into the Indian territory they have occupied. These new Chinese roads crossed the LAC, into the Indian side, three days ago.

Meanwhile, the Chinese are activating other border areas as well. The usually peaceful border between Tibet and Himachal Pradesh and Uttarakhand is witnessing an increasing militarisation, with a significant Chinese build up and more aggressive patrolling.

Indian technical intelligence is also finding that the Gar Chongsar Airport, near Ngari Gunsa, which is just 200 kilometres from Pangong Tso, is being equipped with better military infrastructure. Located 14,000 feet above sea level, Ngari Gunsa airport is the westernmost of Tibet’s four airports — Lhasa, Nyingchi and Qamdo.

After the Doklam confrontation of 2017, the People’s Liberation Army Air Force (PLAAF) began stationing fighter aircraft, including Shenyang J-16 and J-11 fighters, at Ngari-Gunsa airport. Now that airport is being given a greater combat capability.

However, given the payload and range limitations for fighter aircraft taking off from airfields at altitudes of 14,000 feet, the Indian fighters that operate from airfields in the plains continue to enjoy a combat advantage.

In the last two days, India has signalled that peace and tranquillity on the LAC was essential for developing good relations with China. Earlier, the Chinese foreign ministry stated that both sides had agreed to ease the month-long face off through military and diplomatic channels.

On the ground, however, China has not withdrawn an inch, or withdrawn its claim over the territory it has occupied.

(The article was first published by Business Standard)