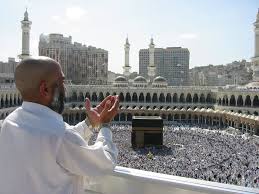 Abu Dhabi: Saudi Arabia’s authorities are considering cancelling the Haj season for the first time since the establishment of the Kingdom in 1932, after the number of coronavirus infections exceeded 100,000, a senior official in the Saudi Ministry of Haj and Umrah told the British newspaper Financial Times.

“The case has been carefully studied and various scenarios are being considered. A formal decision will be taken within a week,” the official said.

The pilgrimage, which is scheduled for late July this year, is one of the largest religious gatherings in the world, with more than two million pilgrims visiting the Kingdom to perform Islamic rituals.

Saudi Arabia could consider drastically cutting the number of pilgrims arriving for Haj.

In addition to its importance in Islam, the pilgrimage is also a major source of foreign revenue for Riyadh. “Official data show Haj and the lesser, year-round Umrah pilgrimage earn the Kingdom about $12 billion a year,” Reuters reported.

In March, as cases of COVID-19 started to increase, Saudi Arabia asked countries to put on hold their Haj plans and suspended the Umrah pilgrimage.

Reuters noted that some Saudi officials are pushing to cancel this year’s Haj. Reuters quoted two officials as saying Saudi Arabia could grant permission for only “symbolic numbers” of pilgrims this year for Haj, with restrictions such as a ban on the elderly and additional health checks.

Reuters reported, “With strict procedures, authorities think it may be possible to allow in up to 20 per cent of each country’s regular quota of pilgrims.”

The Haj Committee of India has announced, “There is little chance of Haj 2020 taking place. Even those who do not apply for cancellation will get full refund.” On average, around 200,000 people from India travel on Haj to Saudi Arabia every year.

Indonesia, the country with the world’s largest Muslim population, has cancelled participation of its citizens in the Haj, noting “the Saudi Arabian authorities failed to provide certainty”. Approximately 220,000 people from Indonesia used to participate in the Haj yearly.