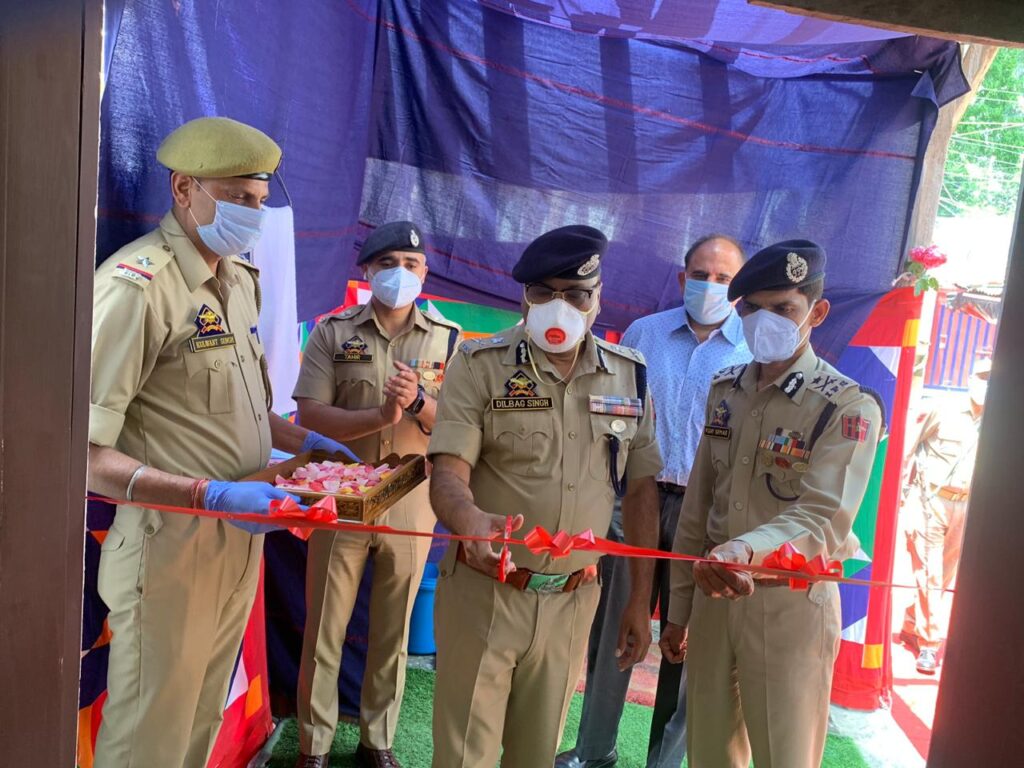 Srinagar, June 10:  Director General of Police (DGP) Dilbagh Singh Wednesday said that the militants have plans to stir up the violence in Jammu and Kashmir.

During his visit to the J&K Police Cargo building in Srinagar on Wednesday,  DGP said that it was the time to be more watchful and alert as the “militants and their handlers across have plans to stir and step up violence and acts of violence against members of the civil society and security forces  to take out their desperation to recent losses to militant cadres”.

He, however, said that security grids be geared up for suitable responses in the highly sensitive areas.

The DGP accompanied by Inspector General (IG) Kashmir inaugurated a newly constructed Mess-cum-Barrack block at Police Component (Cargo) Shergarhi Srinagar. Superintendent of Police Cargo Tahir Ashraf and other officers and policemen were present on the occasion.

He expressed anguish over the three civilian killings by the militants  and assured that the culprits would be brought to justice for which efforts are on. In all these cases, the militants have been identified and they would exposed to people for their inhuman acts of violence.

DGP congratulated a boy who even after joining militants “realised the futility of this wrong path has come back and re-united with his family”.

He hoped that an appeal made by the family of another youth from South Kashmir to their son who went missing a few days back would have desired impact on him.

DGP urged all ranks of police army and armed forces to be people friendly and compassionate during the conduct of various duties, while being equally tough with the perpetrators of violence and combating militancy forced on the people by Pakistan and its agencies.

“We are committed in providing a more peaceful atmosphere for the people of J&K,” he said, and added that Pakistan sponsored militant outfits shall be dealt with adequate responses.

Later in the afternoon the DGP inaugurated Jammu and Kashmir Police Security camp created to add additional space for the police ranks for special duties during Amarnath Yatra and other contingency requirements of deployments and accommodation on some special occasions at Pantha Chowk.