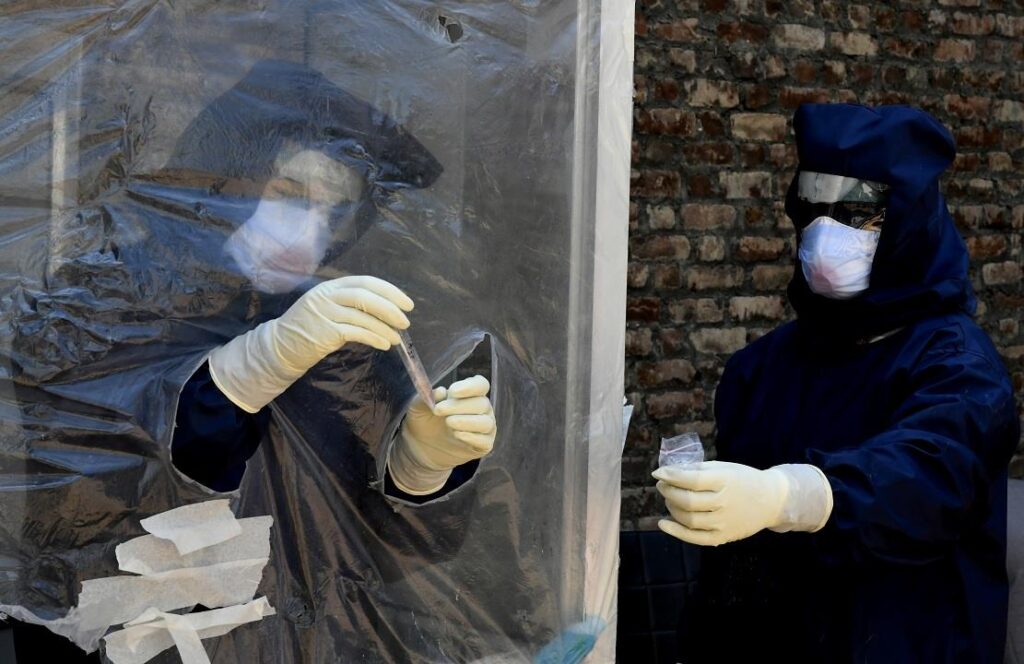 Srinagar, June 9: Jammu and Kashmir on Tuesday reported 61 covid-19 cases, 27 of them travelers. With these cases, the overall tally of the patients in J&K has gone upto 4346—2792 active positive with 693 in Jammu and 2099 in Valley. So far, around 1500 patients have recovered while 50 others have died.

Dr. G H Yatoo, Nodal Officer Coronavirus Control Measures at SKIMS, said that out of the samples processed at the viral diagnostic lab today, 31 returned positive for the virus.

Professor Farooq Jan, Medical Superintendent SKIMS Soura, said that among them, 11 are from Srinagar, seven From Kupwara, five each from Baramulla and Anantnag, two from Bandipora and one from Shopian.

Similarly, he said, among samples received from CHC Kupwara, the positive cases include 25-year-old male from Babgund Poshpora, female from Gugloora Trehgam, 72-year-old, 42-year-old and 40-year-old women besides two men—both aged 25, from Nowbugh.

Sources said that among the samples which returned positive at CD hospital’s lab include a staff nurse from LD hospital and two pregnant ladies.

According to the daily media, till date 219178 travellers and persons in contact with suspected cases have been enlisted for surveillance which included 41154 persons in home quarantine including facilities operated by government, 33 in Hospital Quarantine, 2792 in hospital isolation and 55839 under home surveillance. Besides, 119312 persons have completed their surveillance period.

Moreover 182 more COVID-19 patients have recovered and discharged from various hospitals, 29 from Jammu Division and 153 from Kashmir Division. (GNS)