India-China face off: Chinese chopper activities go up along the LAC in Ladakh 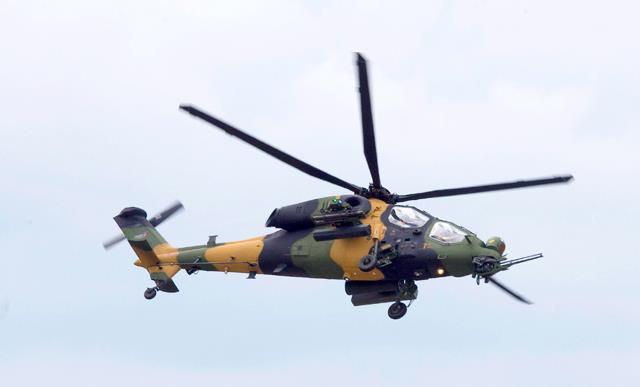 New Delh June 8: Amid efforts to address the ongoing issues in Eastern Ladakh, the Chinese Army has increased the activities of its helicopters on its side of the Line of Actual Control (LAC).

The Chinese chopper activity has gone up significantly in the last seven to eight days on their side of the LAC. The reason may be to provide assistance to its troops deployed on various locations along the LAC, sources said here.

The Chinese chopper fleet operating there includes both the Mi-17s and their local medium-lift choppers, sources said.

In the last few months, China has been extensively using choppers to fly around Indian locations in the Eastern Ladakh sector including the Galwan area.

In the Galwan area, their choppers had even come above our locations and hovered over a road construction site there on one occasion recently, the sources said.

Sources said the Chinese have been frequently doing air space violations using their choppers and have been carrying out patrols near the Indian locations on the LAC.

Earlier last month, the Indian Air Force was forced to rush its fighter jet patrols in Ladakh after Chinese military choppers were found to be flying close to the Line of Actual Control. This incident happened around the same time the PLA troops and Indian army forces had face-offs in the first and second weeks of May.

“The Chinese military helicopters were flying very close to the Line of Actual Control. After their movement was picked up, the Indian Air Force fighter jets flew patrols in the area,” government sources had said.

India and China have been engaged in a stand-off since May over heavy military mobilisation by the Chinese troops along the LAC. The Chinese army has also brought in its heavy artillery and armoured vehicles in the rear positions on its side of the LAC.

There have been multiple face-offs between the troops of India and China while both sides have tried to continue patrolling up to their usual points.

Both sides have had more than a dozen rounds of talks at the military level including one held on June 6 where India was represented by a Lieutenant General and China by a major general.

The talks also could not bring out any change on ground positions and both sides continue to be deployed in heavy numbers opposite each other at multiple locations from the DBO sector to the Chushul area. (ANI)