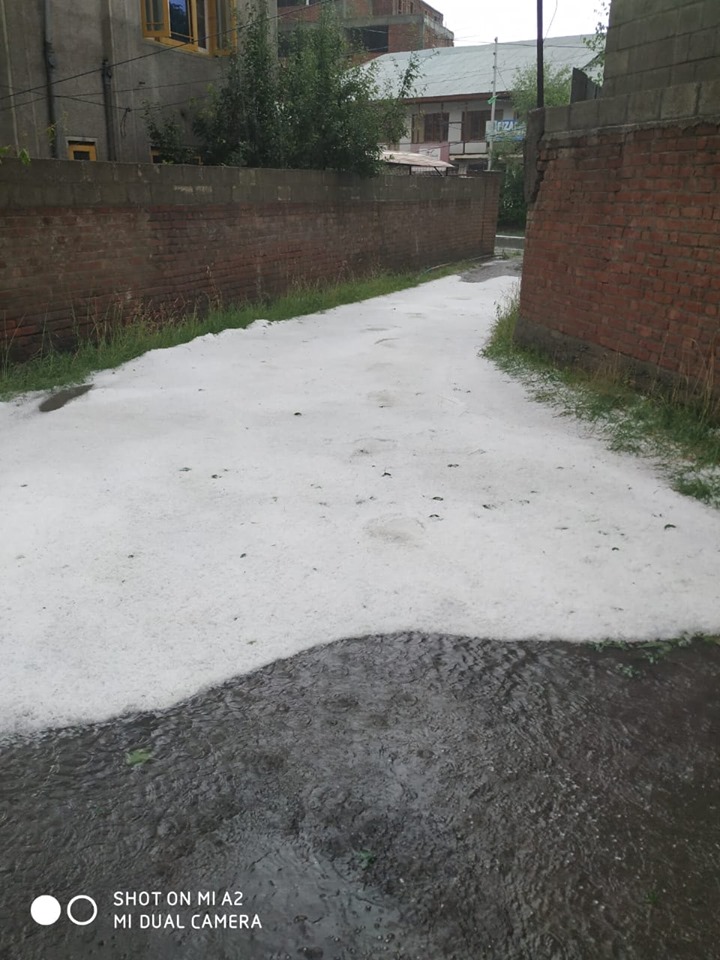 Baramulla June08: Heavy rains and hailstorm damaged apple orchards, Vegetable, and many type of Corp on Monday afternoon in different parts of Baramulla in Kandi area.

Hailstorm continued for about 20 minutes in many areas of kandi in North kashmir.

Heavy rains and hailstorm caused huge damage to the crops and various kinds of vegetables in various areas of  Tangmarg area this afternoon .

The windy storm triggered by heavy rainfall has lead to massive damage of crops on which farmers depend for their livelihood, the farmers said.

They said that this year they were excepting good crops but hail storm have caused extensive damage to their crops and left the farmers of the area in distress.