Challenges & hardships have multiplied for journalists since August 05, 2019: Kashmir Press Club on booking of female photojournalist 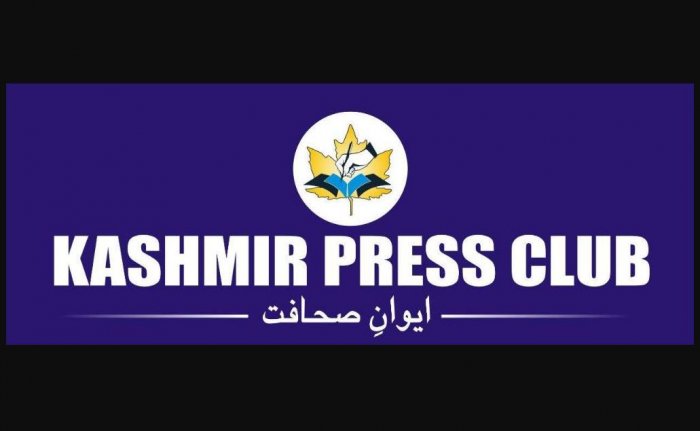 After Kashmir photojournalist was booked by the Kashmir Police under the stringent ULAPA, the Kashmir Press Club has come with a detailed press notes, condemning the harassment and frequent summoning of Kashmiri journalists. Here is the full press statement: Read on

Srinagar, April 20:  While journalism in Kashmir had never been easy, challenges and hardships have multiplied for journalists since August 05, 2019.

Even in this time of Coronavirus pandemic journalists in Kashmir have been called to police stations and forced to present themselves to explain their stories.

There are other cases where scribes have been harassed for traveling to report their stories.

In the latest incident in this regard, police has booked a young and promising female photo- journalist Masrat Zahra under 13 UA (P) Act and 505-IPC.

She was summoned to Cyber Police Station, Air cargo in Srinagar on April 18, 2020. However after Kashmir Press Club and Directorate of Information intervened at the highest level, the police dropped the summon.

But now it emerges the police have filed a case against her with stringent charges and stringent acts and as per the conversation with Masrat, she has been asked to come to the Police Station concerned on Tuesday, April 21, 2020.

Masrat’s work, as a freelance photo-journalist has appeared previously in Washington Post, Al-Jazeera, Quint, and Caravaan among others.

Similarly, police on Sunday (April 19) verbally summoned a senior journalist, Peerzada Ashiq, of The Hindu and asked him to explain the alleged factual inaccuracies in a story that was published the same day. While Peerzada explained his case to police in Srinagar, he was asked to travel to south Kashmir, some 40 kilometers away in evening, and present himself before a police officer in Anantnag district.
He returned late in the midnight to his home in Srinagar but in the meantime his family was terrified and concerned about his safety.

Earlier also a reporter of Kashmir Observer newspaper Mushtaq Ahmad was thrashed and arrested by the police in Bandipora when he was out during lockdown period related to his professional work. He was released only after securing a bail from the court.

The Kashmir Press Club reiterates that J&K government especially the police, need to understand there is a vast difference between journalism and cyber crime.

While the government has every right to rebut a story of a journalist and allow a journalist to respond, cases against journalists for their stories and work are unwarranted and outrightly illegal and draconian.
There is a full fledged government department -information and public relations – to deal with the issues between state and the journalists and any issue should be left for them to resolve.

It is very unfortunate that when the world is in a grip of pandemic and when we need to stand together to combat the Covid-19, police has started filing cases against journalists and harassing them.

This is unacceptable for journalists of Kashmir who are well within their rights to seek freedom of expression and speech as guaranteed under the Constitution like other parts of the country.

In this regard, we seek intervention of Home Minister Amit Shah, LG GC Murmu and Director General of Police Dilbagh Singh to issue direction that this harassment comes to end.

We stand in solidarity with our colleagues especially Masrat Zahra and declare that journalism is not a crime. The KPC demands that the charges be dropped against her.

The Kashmir Press Club also seeks the cooperation and support of Indian and international journalist bodies at a time when the journalism in the region is under constant onslaught.

The KPC will also formally write to the Press Council of India and other bodies on these cases which seem to be aimed at pressuring journalists in the valley.