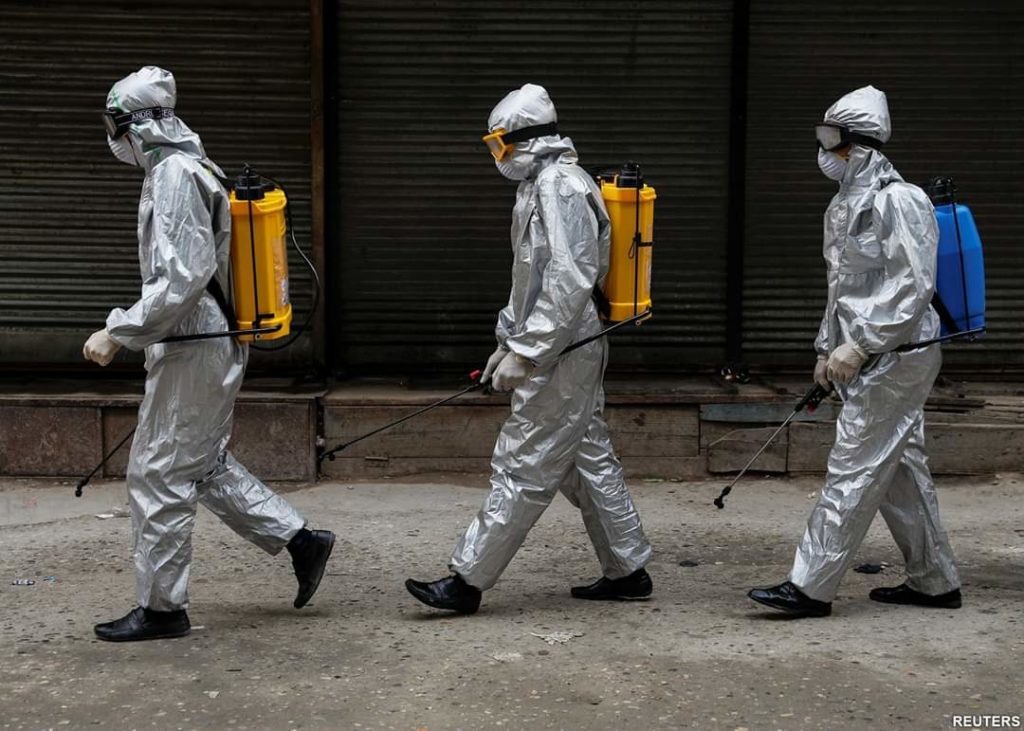 Srinagar: Fourteen more COVID-19 positive cases were confirmed in Kashmir on Monday, pushing the tally of infected persons in the valley past 300-mark and J&K’s overall count to 368.

Also seventeen more patients; seven from GMC Baramulla, six from SKIMS Soura and two each from CD and district hospital Ganderbal have recovered and were discharged, taking the count of cured persons to 71; 58 in Kashmir and 13 in Jammu.

Sources said that among the 14 fresh cases, nine were confirmed at SKIMS and five at CD laboratories respectively.

“Of the nine cases confirmed at SKIMS, seven are from Bandipora including six members of a single family, three of the brothers, from Gund Jahingir area. They include 32-year-old, his 35-year-old and 35-year-old brothers besides wife and daughter (11) of the quadragenarian and better half of the 35-year-old,” reports said.

“The other case from the area is a woman wife of a mufti (Islamic jurist),” reports said adding “the two other confirmed cases at SKIMS are from Muqam-e-Shahwali area of Kupwara and 24-year-old wife of a previous COVID-19 patient and a 16-year-old youth who had also contracted the pathogen from a diseased person.”

Those confirmed at Chest Disease Hospital, are all residents of Shangus Naugam in Anantnag and were admitted in a Trauma hospital at Bijbhera.

Five people have died due to the deadly infection in the J&K while 73—13 in Jammu and 60 in Kashmir divisions have recovered and discharged, leaving the active cases in Kashmir to 249 and 41 in Jammu.

Among the six persons discharged from SKIMS Soura, Medical Superintendent Dr Farooq Jan told GNS include four from Bandipora and one each from Soibugh Budgam and Kupwara.

Meanwhile, the government informed 61774 travellers and persons in contact with suspected cases have been put under surveillance which includes 6463 persons in-home quarantine including facilities operated by government, 292 in Hospital Isolation, 229 in hospital Quarantine and 20115 under home surveillance. Besides, 34670 persons have completed their surveillance period.