PUF appeals Modi to give appointment to NC Parliamentarians 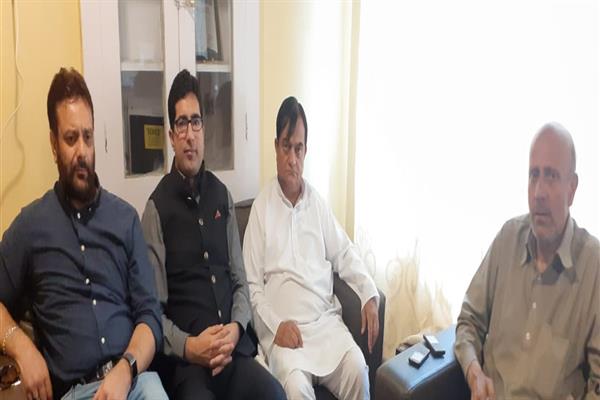 Srinagar: Peoples United Front (PUF) appealed Prime Minister of India Narendra Modi to give appointment to NC Parliamentarians at an earliest in view of hue and cry in Kashmir.

The statement was released after an emergency session of Peoples United Front in Srinagar.

“Threat to Article 35-A and the sudden troops build up in Kashmir has created severe panic. There is no clarity as to why an atmosphere of war is being created in Kashmir,” said the Spokesman.

The PUF spokesman further said that NC Parliamentarians should have given Adjournment Motion under Rule 56 of Rules of Procedure and Conduct of Business of Lok Sabha given the urgency of the matter.

“Giving space to Calling Attention motion is at the sweet will of the Speaker and it is listed only after the Government replies to Calling Attention in writing. Given the sensitivity of the 35A issue, the Adjournment Motion would have been the best possible way to agitate the issue in Parliament,” the Spokesman added.

The PUF Spokesman said that the Front will extend support to all political parties that are sincerely out to protect the State from unilateral assaults on Special Status.