Rumors of tinkering with Article 35 A are spreading fast: Sajad Lone 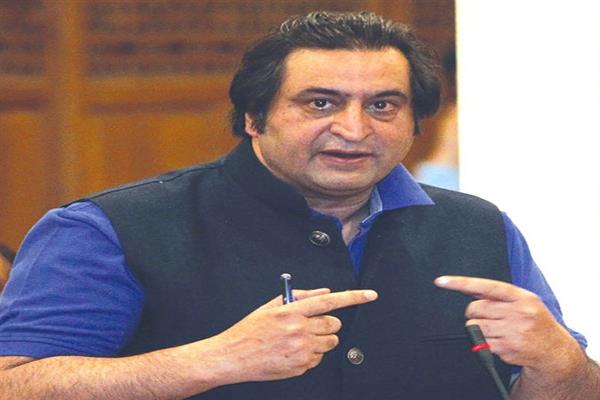 Srinagar: Reacting sharply on deployment of additional 100 companies of forces to Jammu and Kashmir, Peoples Conference Chairman Sajad Gani Lone said that rumors of tinkering with Article 35 A are spreading fast and no one is reacting to them.

“The news about deployment of troops has created scare and panic among the people. Nobody seems to have the remotest idea of what is in the offing. The signs are ominous and rumor mills are rife with suggestions that the special identity of the Kashmiri people may be under attack. The rumors of tinkering with Article 35 A are spreading fast and there is no reaction from the state or the Central government. If the government of the day indeed has any such intentions, it would be tantamount to stretching adventurism to unacceptable limits.”

“I fail to understand why the Kashmiri people are being provoked and incited. Kashmir is a tiny part nestled in a remote corner mired in its own problems; yet current day nationalism seems to be defined by the levels of vile, hatred and contempt for the Kashmiri people. The TV channels in a country as big as India seem to be dependent on abuses hurled at Kashmiri people for their advertisement revenue. This truly is a sorry state of affairs and is moving towards a case of chronic majoritarian superiority syndrome”, he added.

Sajad added that the Kashmiri people have been subjected to unimaginable atrocities from all sides and while they are desperate to move on in their life, Delhi seems intent on goading them.

“It is like one billion people descending upon a few million Kashmiris, boasting of teaching them a lesson. This behavior certainly does not depict valor; rather it reeks of cowardice. Ironically it is not the billion people who want to thrust their definition of Indian-ness on to the people of Kashmir but some experimentalists, who have not yet tired of fatal experimentations”, he said.

“There is a certain historicity associated with the special status. It is embedded with trust and dignity. Reneging on such promises will only further the alienation and mistrust towards Delhi”, he added.

PC Chairman further said that Kashmir has been the center of violence and conflict for the last three decades which has consumed thousands of lives and the need of the day is to rebuild this place and engage with the people and end alienation.

“The political landscape of Kashmir has a clear demarcation- those who accept the Indian constitution and believe their destiny is with India and those who don’t accept the Indian constitution and believe that their destiny lies elsewhere. Any adventurism will erode the credibility of those who believe in the concept of India. This adventurism will mean an investment in future for decades of violence and contempt for those who believe in Indian-ness”, he concluded.