New Delhi: The Supreme Court asked the Jammu and Kashmir High Court on Monday to decide within six weeks the plea seeking ban on the use of pellet guns for controlling street protests in the state.

A bench headed by Chief Justice Ranjan Gogoi took note of a letter dated July 4 by the Registrar General of the High Court that the matter is listed for hearing on Tuesday before a division bench.

The PIL on the issue was filed before the high court in 2016 by by Jammu and Kashmir High Court Bar Association seeking stay on use of pellet guns as a large number of people had been killed or injured due to its use.

Taking on record the letter of the Registrar of the High Court, the bench, also comprising Justices Deepak Gupta and Aniruddha Bose, said: “We request the Division Bench of the High Court to expeditiously decide the matter and pass order preferably within six weeks.” 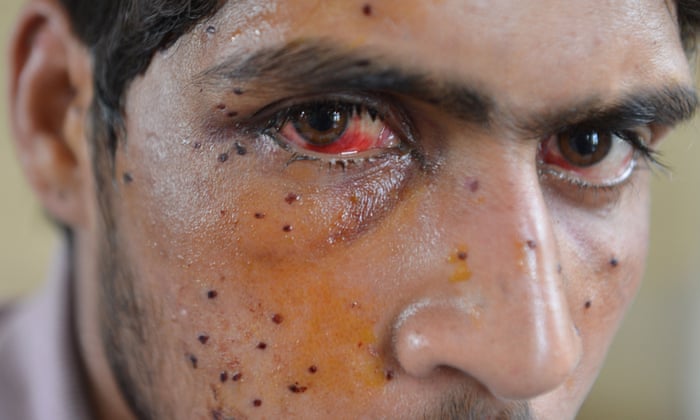 The lawyers association had approached the apex court with an appeal against the interim order of the High Court which on September 22 rejected the plea seeking a ban on use of pellet guns on the ground that the Centre had already constituted a Committee of Experts through its Memorandum dated July 26, 2016 for exploring alternatives to pellet guns.

The apex court on January 18, 2018 had said it would wait for the outcome of the petition pending before the High Court.

In the apex court, the High Court Bar Association challenged the order, contending that High Court should waited or called for the report of the expert committee.

The High Court had also declined to accept the plea to prosecute the officers who ordered use of pellet guns and those who actually fired them.

When the matter came up for hearing on December 14, 2016, the Supreme Court had observed that pellet guns should not be used “indiscriminately” for controlling street protests in Jammu and Kashmir and be resorted to only after “proper application of mind” by the authorities.