Except the President’s post that was won by Shuja-ul-Haq, an electronic media journalist all the other positions including the Executive Member positions were won by the Kashmir Editors Guild Alliance.

Shuja defeated Haroon Shah of the KEG by just one vote. 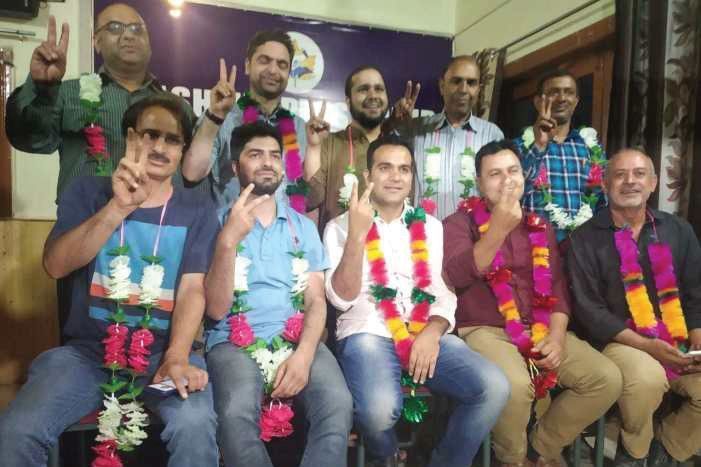 Moazum Muhammad, the Vice President candidate of the Guild won the elections by defeating two other candidates Wasim Khalid and Syed Tajamul.

Shuja got 92 of the 231 votes while Shah polled 91 votes. The other candidate, Zulfikar Majid, got 46 votes.

252 journalists were eligible to cast their vote but 231 voted for four posts and a seven-member executive committee.