Man kills Wolf to save his life in Lanagate orchards 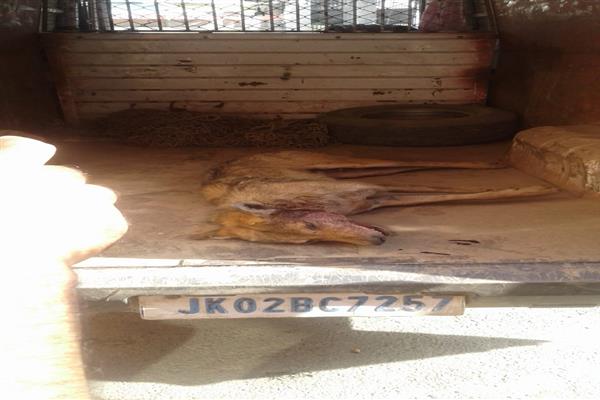 Kupwara: A man on Thursday killed a wolf to save his life and other people in Langate orchards of north Kashmir’s Kupwara district.

The man identified as Ghulam Mohammad Bhat, son of Abdul Gaffar Bhat of Langate also suffered grave injuries while killing a wolf, officials said, adding that he has been shifted to sub district hospital Langate for treatment.

Bhat said that the wolf attacked him at orchards in Langate at around 3:00 pm on Thursday following which to save his life, he has killed the wolf.

Notably, six persons were also injured by a wolf in adjoining villages of Langate and a panic was gripped in the area following the incident.  (KNS)