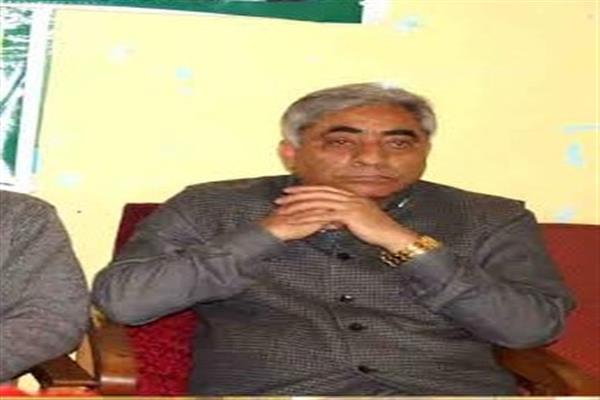 Srinagar: Peoples Democratic Party (PDP) on Thursday questioned the government’s decision to suspend rail services in Kashmir during Amarnath Yatra, stating that deliberate moves are being made to harass local populace and create wedge between different communities.

In a statement issued to KNS, Hanjura said that the pilgrimage has bee going on in Kashmir’s Himalayas for centuries and it is the local Muslim population that has been by its earnest and hectic efforts making the Yatra successful and providing all possible comfort to the pilgrims.

He said that by suspending the rail services, the government is exposing the people towards extreme hardships and such measures will have far reaching consequences.

Hanjura said that such an action also goes contrary to Prime Minister’s sab ka saath, sab ka Vishwas slogan and has the tendency to sow seeds of discord and disgruntlement.

He urged the government to roll back the decision at an earliest.