Srinagar: The Home Minister of India Amit Shah on Thursday, after a detailed briefing on the prevailing Security Scenario in the state appreciated the “significant improvement” in all the parameters relating to the security situation and directed that stricter action should continue against the terror funding in the state.

Shah said that there should be zero tolerance towards “terrorism and terrorists” and that the rule of law should be enforced.

During his first two-day visit to the Jammu & Kashmir, the Home Minister, held a number of meetings with officials to assess the Security Scenario in the state.

The meetings in Srinagar were attended by the Governor, Union Home Secretary, all four Advisors, the Chief Secretary and Senior officials of the State and Central Governments, of Security Agencies and the Armed Forces. 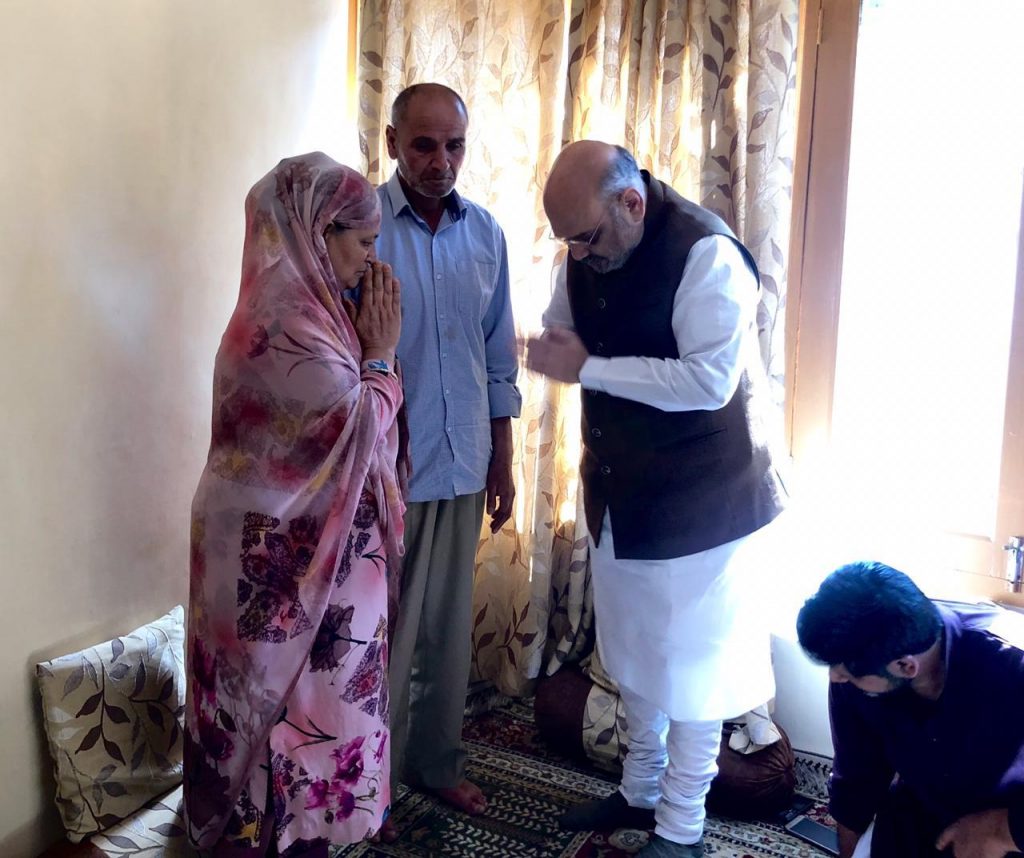 The Home Minister gave directions on a number of issues asking the state government to ensure that old age, disability and widow pensions reach all those entitled to these, in a timely manner. There should be a quick scrutiny of all eligible people who are left out and ensuring that they are included. The Central Government will ensure additional funds.

He said that the dairy and animal husbandry sector has great potential in this state. The State should work towards signing an MOU with Amul or Mother Dairy and create a programme for ensuring that it becomes surplus in this sector. This is a sector whose benefits would flow to even small households.

Shah said that tha Poultry sector too has great potential with the state importing large volumes of poultry products. The State should create schemes for improving the poultry sector as this sector improves the livelihoods of the poorest. The Central Government would support efforts in this direction.

The Handloom and Handicraft Sector is one of the brightest spots on J&K’s economic landscape. The potential in this has not been fully captured. The state should take the help of the Khadi & Village Industries, MSME and Textiles departments of the Central Government to improve nearly 40 various spheres in this sector. The growth of this sector would increase employment and livelihoods of poor households.

The state should ensure that the newly established Panchayati Raj and Urban Local Body system takes deep roots and establishes itself as the third tier of government. There should be a drive to ensure that Panchayats and ULBs spend the funds given to them. These funds run into thousands of crores and ensuring their proper utilization would benefit the people, he said.

He said that the state government should take steps to ensure that the newly created Anti-Corruption Bureau focuses on cases of rampant corruption by the High and Mighty.